Nokia N1 will be sold widely around the world

In the near future, Nokia will distribute his first tablet running Android OS world-wide. 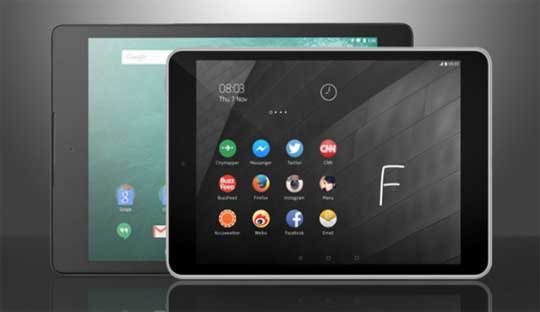 Nokia has officially unveiled their first tablet to run Android on last year and seemed immediately, this device has impressed for the world of technology and consumers worldwide. In fact, Nokia N1 achieve success in the Chinese market with large sales, most likely this tablet will be available in a number of key markets in Europe and Asia.

Before that, a lot of information that Nokia N1 will bring to the European market in January 2015, but this has not become a reality. Currently, N1 Nokia Android Tablet is only sold in the Chinese market. Maybe things will change from the next quarter of the year.

A video posted on the official YouTube channel of Nokia showed the presence of Nokia N1 Tablet in the streets of Barcelona or Spain. This is one of the first steps in the marketing of Nokia Tablets extensively with consumers and Nokia really intends to expand the market for Nokia new Tablet.

This is really good news for loyal users of Nokia products worldwide. They are about to get out of hand to this iconic N1 Android device of Nokia. Nokia N1 is one of the best 8 inch tablet on the market today. Equipped with 7.9-inch screen resolution of 2048 x 1536 pixels, an Intel Atom 2.3 GHz quad-core Processor, 2 GB RAM and 32 GB of internal memory.

The Nokia N1 is running Android 5.0 Lollipop with Z interface. For this Nokia tablet users only have to spend $ 259.

He started this blog as a hobby to show his affection for gadgets, but over the time this hobby became professional. And now he is working as a full-time blogger, but in free time he loves watching movies and games. PayPal donation for TechToyReviews will be appreciated.
@https://twitter.com/Techtoynews
Previous Facebook Messenger Platform: compatible with third-party app to send and receive content
Next HTC invite to attend the event on 8/4, will launch HTC One M9+?