Motorola introduced the Moto G32, a mid-range smartphone that will be available in the UK soon. Like other Moto G series smartphones, Motorola G32 comes with Snapdragon 680 paired with a large capacity 5000 mAh battery, 50MP primary camera, a 90 Hz 1080p+ LCD, and dual stereo speakers.

The brand new Motorola Moto G32 comes with a fairly standard design, including a display with a slightly thicker chin and a punch-hole as well as a rectangular camera module on the back. The device should convince customers with an acceptable price-performance ratio.

For this purpose, the manufacturer installs a Qualcomm Snapdragon 680, which combines four powerful ARM Cortex-A73 cores with clock frequencies of up to 2.4 GHz with four economical Cortex-A53 cores at 1.8 GHz. The chip does not have a 5G modem, so the Moto G32 has to make do with an LTE modem. The smartphone is only available in one version with 4 GB of RAM and 128 GB of flash memory, the memory can be expanded by up to 1 TB using a microSD memory card.

The device has dual stereo speakers and a 3.5 mm headphone jack. Users can unlock the Moto G32 either by face recognition or fingerprint. The smartphone comes with Android 12.

He started this blog as a hobby to show his affection for gadgets, but over the time this hobby became professional. And now he is working as a full-time blogger, but in free time he loves watching movies and games. PayPal donation for TechToyReviews will be appreciated.
@https://twitter.com/Techtoynews
Previous What Are The Best Gaming Microphones Under $100? 3 Options
Next MSI launches G243CV Curved Monitor with FreeSync and Night Vision 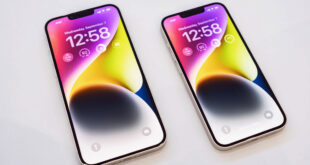