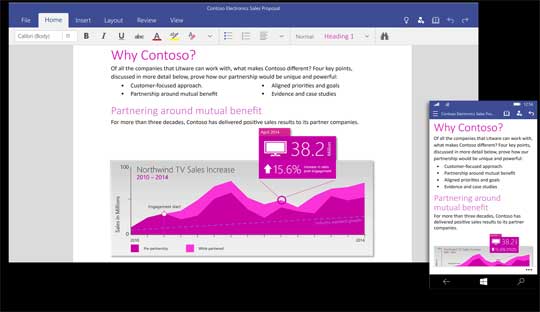 Other than the leaked new Office 2016 for desktops, these three applications with a simple interface and is optimized for touch, and they are also universal app can run on both regular desktop PCs, Smartphones and tablets. Office glance, the Touch is similar to Microsoft Office that was released for iPad and Windows tablet, or even symbolic ribbon style layout is the same.

The use of regular Windows and Windows touch on the screen which was very excited to use and Microsoft will launch a redesigned version of the Office suite. And now, Windows 10 Technical Preview users were able to download the latest version of Microsoft Word, Excel and PowerPoint Preview version through the Windows Store. 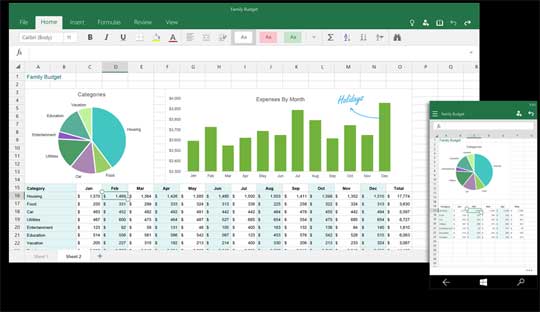 Microsoft has launched a preview version of the new touch applications work on Windows 10 preview with a new features provide the answers when users have problems or questions about the application. New Office is expected to release for smart phones running Windows 10 in February.

Final version of the application is expected to be released in the second half of 2015, Microsoft has developed the PC version of Office called Office 2016. Microsoft also said, the user can fully trust, the first comprehensive change and will have interesting experiences with the Office on desktops PCs and Windows Phone. 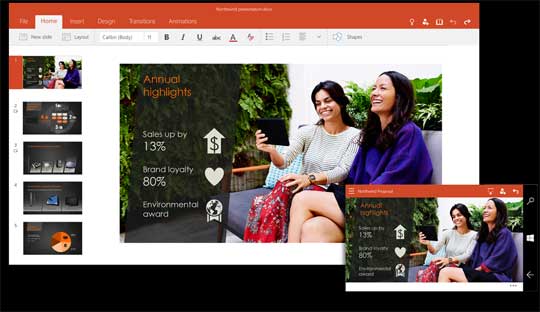 The new Touch Office and Outlook do not include OneNote, Microsoft promised to launch a trial of these two applications. Download Touch Office for Windows 10 Below:

If you face any problems with downloading, slow or does not load, try again in a few hours.

He started this blog as a hobby to show his affection for gadgets, but over the time this hobby became professional. And now he is working as a full-time blogger, but in free time he loves watching movies and games. PayPal donation for TechToyReviews will be appreciated.
@https://twitter.com/Techtoynews
Previous Canon EOS 750D – 760D Press image and specs leaked: ready to launch at upcoming CP + 2015.
Next Asus ZenPower 9600 Battery Backup Charger along with Zenfone C