Qualcomm recently announced the 64-bit Snapdragon 810 chip, it will be used for more than 60 high-end smartphone devices come from many different manufacturers. Most of smartphone with Qualcomm Snapdragon 64 bit will be released in this year. 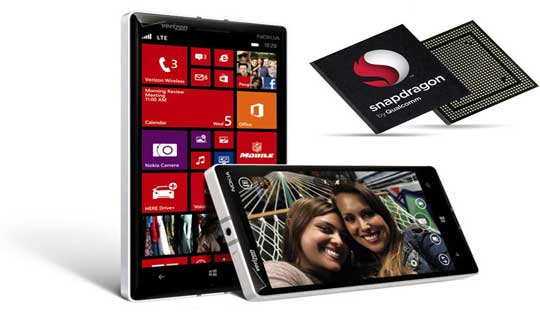 Also in this announcement, Microsoft says they have a very close relationship with Qualcomm in many areas, and the company wants to continue to promote it to provide the Lumia smartphone running Snapdragon 810 with a good price range. Thus we can expect a high-end Lumia Snapdragon 810 Smartphone devices with 64-bit SoC will soon be launched, there will be a replacement for the Lumia 1520, 1020 or 930, and most likely the Windows 10 operating system is built-in device.

In today announced Qualcomm also quoted by representatives from Sony, LG, Xiaomi, Motorola and Oppo. However, Samsung is not present while this is one of the largest customers of Qualcomm, rumors suggests that Samsung does not use Snapdragon 810 chip on upcoming blockbuster handset called Galaxy S6 seems correct. A few days ago the Qualcomm also acknowledged that a major company and customer was not used its Snapdragon 810 chip in their flagship products.

Check out Nokia Lumia at Best Buy Below:

He started this blog as a hobby to show his affection for gadgets, but over the time this hobby became professional. And now he is working as a full-time blogger, but in free time he loves watching movies and games. PayPal donation for TechToyReviews will be appreciated.
@https://twitter.com/Techtoynews
Previous Nikon D810 with special sensors dedicated to Astrophotography
Next HTC Desire A55 leak: 5.5″ Display with 3GB RAM