Apple has officially announced the new generation MacBook 2015 with lots of nice improvement. 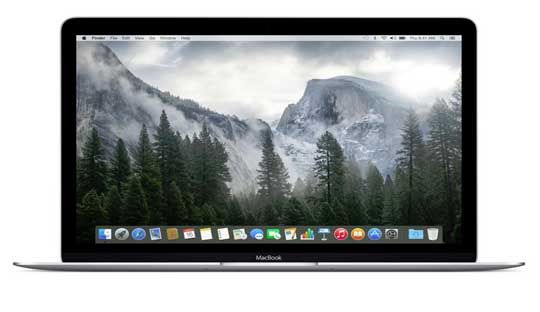 As expected, Apple officially announced the new MacBook Air is called The new MacBook with very impressive thickness and weight, it is really very lightweight only 907 grams and only 13.1 mm thick, 24% thinner compared with the current MacBook Air. To provide an overall slim design, Apple has shortened the excess area of the MacBook, especially the keyboard area. With new structural design, MacBook Air 2015 keyboard promises to bring you the fantastic experience.

The Apple New MacBook property size 12 inch, Ultra HD resolution of 2304 x 1440 pixels and Retina display technology, as the expectations of the users. The screen is very thin, only 0.88mm, we can say this is the thinnest MacBook screen ever, this screen panel of the new MacBook Air also helps save power up to 30% compared to the previous generation. 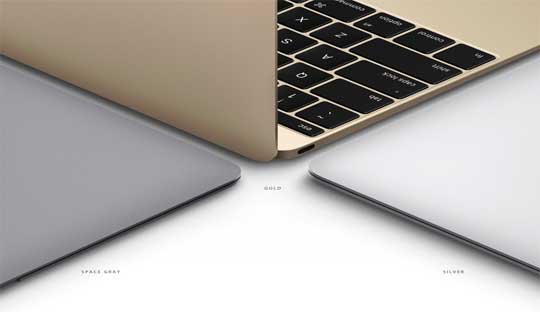 The structure of the new MacBook keyboard called butterfly mechanism. It brings new typing experience on the surface of each key. When you look at the size of each key is to ensure standard size, but the fact that it was greater than 17%. While the TrackPad of the new MacBook is quite large in size, integrated Force Click technology, able to recognize the impact or the light touch of the user.

Besides, Apple has completely removed the fan, the new MacBook without fan like the iPad, thanks to the Intel Core M processor. In the semiconductor substrate of the processor, the temperature will be around 35 ° C. The motherboard can not be changed or upgraded components such as RAM, hard drive. The battery was designed with the placement cell, to use up to 9 hours, or one working day. The battery capacity of 39.7 Wh, it’s a little higher than the MacBook Air 38.11 Wh.

The next highlight of the new MacBook Air is all in one USB Type-C port, combine with the VGA port, HDMI, DisplayPort port or regular USB port quite handy. Especially all, this port has a smaller size, and users can plug in any way if desired, similar to Lightning port is used for iPhone and iPad devices.

He started this blog as a hobby to show his affection for gadgets, but over the time this hobby became professional. And now he is working as a full-time blogger, but in free time he loves watching movies and games. PayPal donation for TechToyReviews will be appreciated.
@https://twitter.com/Techtoynews
Previous HTC One E9 Image and Specs leaked
Next The new MacBook vs MacBook Air 2015 vs MacBook Air 2014 Specs Comparison