We had a post comparing the Lumia 730 and Lumia 830 on configurations and the basic features. And in this article we will explore in more detail the appearance of these two new handsets of Nokia are very interested now. 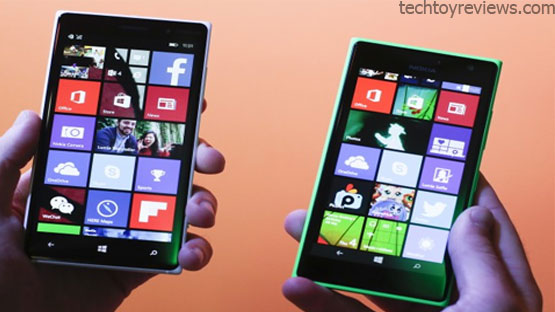 Together launched at an event at this year’s IFA, the Lumia 830 and Lumia 730 are not making the most advanced smartphones of the company and the price is also very different. That represents Microsoft’s ambitions in covering all segments from luxury to cheap market has been the presence of the Lumia 530, Lumia 630 and 930 with prices ranging from less than Rs. 7,000 to more than Rs. 45,000.

There rates are Rs. 15,999 and Rs. 26,499 respectively, Lumia 730 and 830 are not just differences in configuration, features, but their design also shows differences, and clearly shows the segment that each product is directed.

Right from its inception, the Lumia line has been the difference in the market by the colorful device. Lumia 730 and 830 as well, we all have 4 color choices are Black, White, Orange and Green, the underside of each of the devices are doing pretty average, making them easy to hold in hand when using, the top glass is sleek and smooth edges also makes manipulation tasks easy. The Nokia smartphone quality and finishing are perfect for mid-range segment and average middle-class family. However, the curved screen makes users use this phone with extra care and plastic screen protector also give a bit difficult to see, though they have scratch-resistant Corning Gorilla Glass 3 with heavy durability.

These two smartphones for different segments with different price, Both phones have a lot of differences in design. 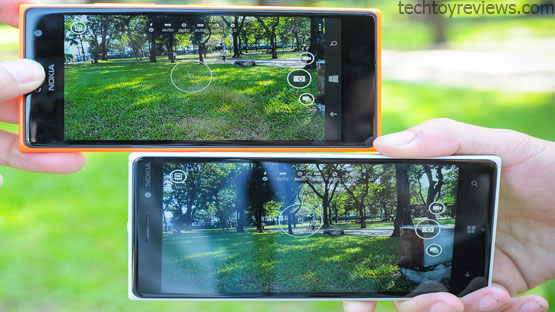 The back panel of the Lumia 830 features a large camera cluster, a device with a textured back cover, loudspeaker, while the 730 uses plastic balls. One of the noticeable differences is the 830 uses an aluminum body with colored strips and gives a solid feel when using, the Lumia 730 also rounded, helping to hold be easier and more user-friendly. The buttons are placed all along the right side. 830 has quick camera button, while the Lumia 730 has not. 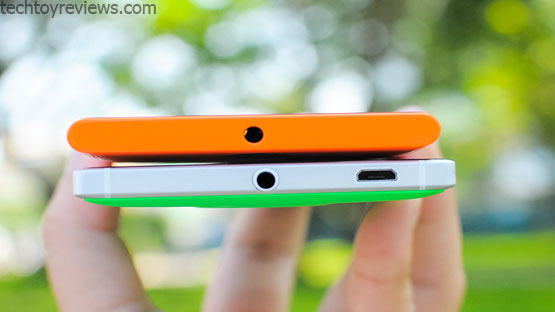 He started this blog as a hobby to show his affection for gadgets, but over the time this hobby became professional. And now he is working as a full-time blogger, but in free time he loves watching movies and games. PayPal donation for TechToyReviews will be appreciated.
@https://twitter.com/Techtoynews
Previous Galaxy Note 3 Price Drop to Rs. 37,000
Next Toshiba NB15T Touch screen Laptop reviews