The South Korean companies such as LG and Samsung to prove that flip phone still has a demand in the market.

The popularity of the smartphones with touch screens, flip phone idea were seated in the museum, however, the Korean companies like LG and Samsung seems to want to prove that the land is still alive for this device. In recent years, the two firms compete to launch the unique and New Flip Phones devices. Samsung has the W2015, while LG has also introduced the Wine Smart last year.

Today, LG continues to launch another new flip phone model named Ice Cream Smart. This is the successor to the LG KF350 Ice Cream debuted in 2008.

LG Ice Cream Smart is running Android 4.4 KitKat OS and will begin to be sold in South Korea this week with two color options such as light pink and sky blue. As announced by LG, the flip phone will be sold for $ 277.

In terms of specifications, LG Ice Cream Smart has 3.5 inch HVGA display with a resolution of 320×480 pixels, similar to the screen of the LG Wine Smart. Equipped with 1.2GHz quad-core processor, unspecified chip, but it’s Snapdragon 400, 1 GB of RAM, 8 GB of internal memory and expandable via external memory card. 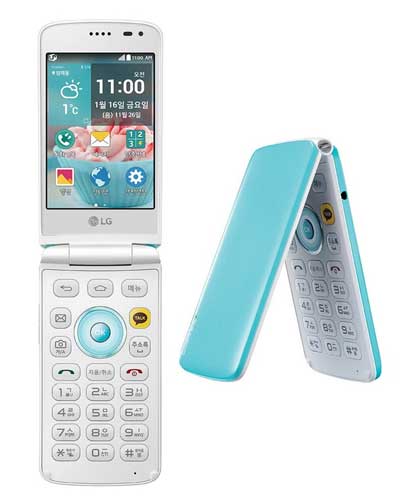 Other features of the flip phone include a VGA front-facing camera and a 8-megapixel camera at the back, in terms of connectivity its supports 4G LTE, Wi-Fi, DMB-TV, Bluetooth 4.0 and MicroUSB.

More likely, it will only be sold in the Korean market, not sold in international markets like the previous flip phone. Although LG Ice Cream Smart will be hard to succeed on a large scale, but this is an interesting flip phone device, especially for young girls who really looking for a smartphone with style.

He started this blog as a hobby to show his affection for gadgets, but over the time this hobby became professional. And now he is working as a full-time blogger, but in free time he loves watching movies and games. PayPal donation for TechToyReviews will be appreciated.
@https://twitter.com/Techtoynews
Previous Panasonic Toughbook 31: refreshed with Intel i5 chip and 27 hour Battery
Next Bird Stunning Smartphone with Diamond Home Button