Today, in the media has flowed some new pictures with more detailed information on the Lenovo smartphone.

We have the first camera phone from Lenovo company called Lenovo Vibe shot, instead of the Lenovo Vibe Z3. The Lenovo Vibe shot specifications, 5-inch IPS Full HD display, with a resolution of 1920×1080 pixels, Qualcomm Snapdragon 615 processor, 3Gb of RAM and 32Gb of internal memory, also support microSD cards to expand memory up to 128Gb.

The main highlight of the Lenovo Vibe shot is the camera, not the overwhelming number of megapixels – only 16 Megapixel camera phone, but it has BSI sensor, the presence of optical image stabilization, three different color LED flash, a laser technology as well as the a special OIS system for shooting in low-light conditions. 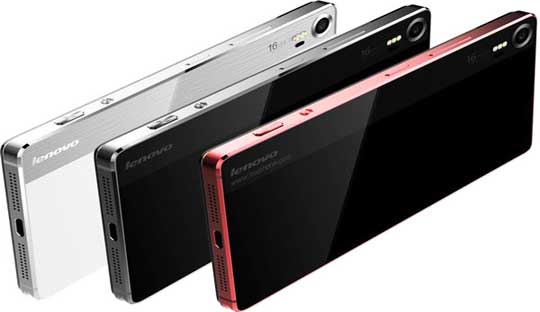 A little more about the design of the Lenovo Vibe shot, has metal case, minimal edging design gives it pleasant look. The phone also runs Android 5.0 Lollipop out of the box, However, there is a good chance to see this smartphone at the MWC 2015 in March.

He started this blog as a hobby to show his affection for gadgets, but over the time this hobby became professional. And now he is working as a full-time blogger, but in free time he loves watching movies and games. PayPal donation for TechToyReviews will be appreciated.
@https://twitter.com/Techtoynews
Previous HTC Butterfly 3 will have Quad HD 5.2 inch Screen
Next Micromax Canvas Pep with a Quad-core SoC Launched at Rs. 5,999