Indian company Lava Mobiles has announced a new 7-inch tablet called Lava Ivory E. Novelty is a hybrid tablet and smartphone support and work with dual SIM-card slots. The cost of this tablet is just Rupees 6,099. 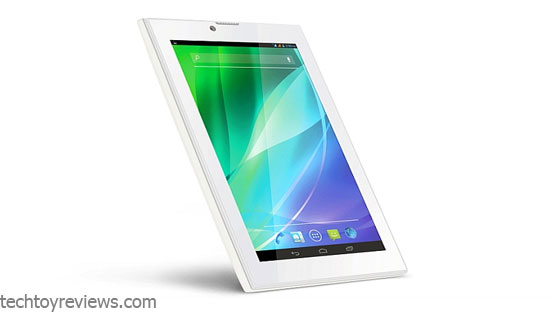 Recently Lava launches Ivory S tablet in the range of 10,000 rupees. Yo get buy this tbalet on the official Lava company’s online website, but there is no any further news about availability in offline or retail market. The LAVA Ivory E tablet comes in the Ivory series with amazing features and specs. This table comes with the screen size of 7 inches HD display.

Lava Ivory E has an HD display with a resolution of 1024×600 pixels, 1.3GHz dual-core processor with MediaTek, 1GB of RAM and 4GB of internal memory. The rear camera of the tablet has a resolution of 2 megapixels, and the front panel is integrated with 0.3 megapixel camera.

In addition, the Lava Ivory E tablet has received modules WiFi, Bluetooth and GPRS, EDGE, as well as the microUSB 2.0. Port. Battery capacity is 2500 mAh, and the weight of the tablet is 300 grams. Lava Ivory E runs on 4.2 Android Jelly Bean operating system, no any news of updates.

He started this blog as a hobby to show his affection for gadgets, but over the time this hobby became professional. And now he is working as a full-time blogger, but in free time he loves watching movies and games. PayPal donation for TechToyReviews will be appreciated.
@https://twitter.com/Techtoynews
Previous Intex Aqua Star HD smartphone only in Rs. 8,430
Next Micromax Canvas 4 Plus with classy design At Rs.16,750