Finally, after waiting of days, the world’s first smartphone running Sailfish OS has been released, this is a new OS platform is built on the basis Jolla OS abandoned Nokia‘s MeeGo.

Jolla Sailfish OS with a new software, a new participation in mobile war. Maybe a lot of you have never heard this name, however, they are developing a very interesting operating system based on experience gained from projects in Nokia’s Meego. Invite you to check out some information about Jolla as well as some photos and quickly assessed the operating system is still in its infancy. 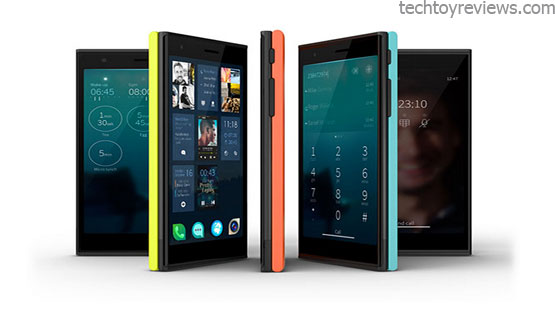 Specifically speaking, including engineers Jolla previously worked for the Nokia Meego project and they did not accept abandoning Meego, Nokia team has separated from, the up Jolla and focus for their own operating system called OS Sailfish. Do not just stop at OS, introduced Jolla smartphone with a very high level of personalized, customizable interface to cover maximum customer.

The smartphone with good design is made ​​mostly from plastic, it is a fairly heavy weight and feels more solid when holding. There are no physical buttons on the front of the device, only a 4.5-inch display screen in the middle. Jolla has yet to reveal the screen resolution, but it cannot put the full HD as S4 or HTC One. 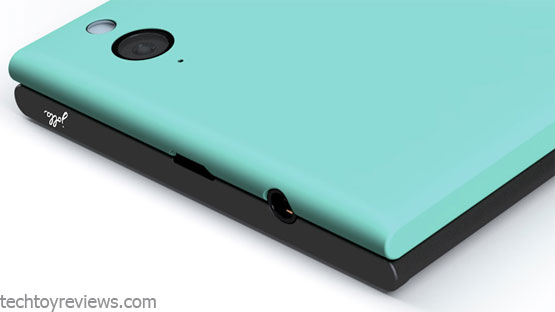 Jolla Sailfish Smartphone equipment USB port, volume buttons and the power button. The back part of the phone can be completely separated from the front part as a move that can help device hardware upgrades later. Lightly touch the screen of the device’s lock screen and operating system Sailfish appears. A clock icon appears at the bottom of the screen and have a bunch of new email notification icon, a message or a missed call along the left edge.

Slide your hands from the bottom to lock screen, home screen of the device appears with four icons located at the bottom of the screen. These applications will operate continuously, users simply touch the app to work longer to get rid of it sliding. At the top of the application icon will appear to inform similar to the Apple iOS. The application interface will appear with 24 applications grouped into 4 rows and form similar to iOS. Slide your finger from top to bottom, the list of features such as Settings, Camera or Phone users appear to be able to use these functions faster. In general, the operating system can Jolla how it works is quite simple. 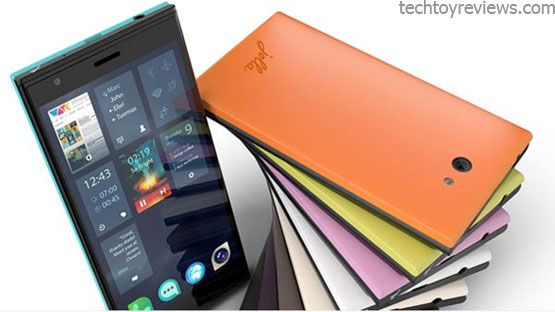 The new operating system also comes with a fairly robust notification bar, in this bar includes notifications for email, missed calls and messages – similar to what you can find on the lock screen – it also provides social networking updates, notifications and updates for new software applications.

The Jolla Sailfish Smartphone still in development, but it has shown to be a new operating system is graceful and stable operation mode. Screen layout of the vertical Sailfish is a nice change inspired by Android or iOS, and it helps to interface becomes more remarkable.

Jolla Sailfish OS was developed more than 1 year, but Jolla Phone currently only being sold in the EU, Switzerland and Norway. Jolla Sailfish Release Date not confirm in India, to order you have to register and wait for confirmation. May sound unfriendly, but this is an entirely new platform, so new that only a team of 10 people developing lower capital investment from outside is several hundred million dollars.

Besides the bold look of Jolla Sailfish Smartphone flat, front piece, open space and blur the characteristics of the operating system, Jolla interface makes very classy. Interestingly, the OS automatically detects the color of the background tone being set wallpaper for the dominant color of all menus and written in the custom section.

He started this blog as a hobby to show his affection for gadgets, but over the time this hobby became professional. And now he is working as a full-time blogger, but in free time he loves watching movies and games. PayPal donation for TechToyReviews will be appreciated.
@https://twitter.com/Techtoynews
Previous ASUS Transformer Book T100 Review: Hybrid of Tablet and Laptop
Next Lenovo Vibe X2 multi-layerd phone at Indian site