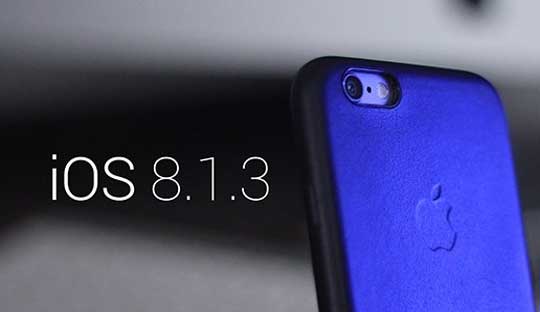 After so much testing, Apple has officially announced the iOS 8.1.3 version for the purpose of enhancing performance, improve stability and fix a large number of residual errors in the previous version. Besides, iOS 8.1.3 update also reduces required memory space for users. 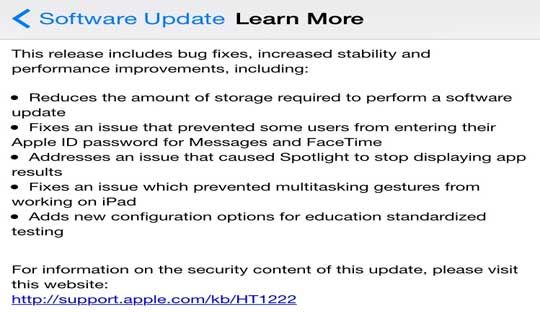 You can be directly updated via OTA method, go to Settings> General> Software Update and perform the update. Upgrade directly through iTunes when you connect your iPhone, iPod and iPad to computer.

It is unclear that iOS 8.1.3 version influence by Jailbreak tool or not. So before you decide to upgrade to iOS 8.1.3, you can wait until the staff confirmed on it. No updates directly via OTA mode (Settings> General> Software Update), only upgrade through iTunes.

Some issues to must note before upgrading to iOS 8.1.3:

Battery capacity minimum up to 50% of iPhone, iPad and iPod device.
Backing up data to prevent the risk of unfortunate circumstances occur.
Should restore using iTunes to operate the device more stable.

iOS 8.1.3 is compatible with the following devices:

He started this blog as a hobby to show his affection for gadgets, but over the time this hobby became professional. And now he is working as a full-time blogger, but in free time he loves watching movies and games. PayPal donation for TechToyReviews will be appreciated.
@https://twitter.com/Techtoynews
Previous Xiaomi Mi4: 16GB variant with Snapdragon 801 chip Launched in India at Rs. 19,999
Next HTC Desire 526G+ 8GB version Launched at Rs. 10,400