Huawei Talkband B2: Golden color design with a leather strap unveiled at MWC 2015

Huawei has announced Talkband B2, the smart and intelligent bracelet launched at MWC 2015. 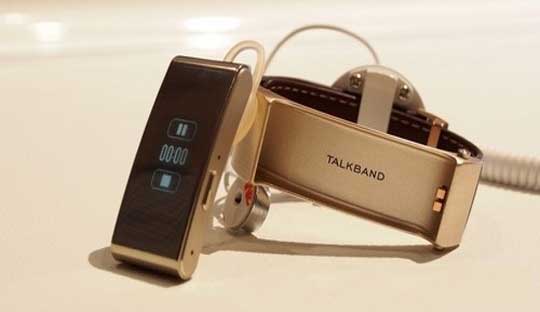 Huawei Talkband B2 with a dual function, you can use this smart watch as a bracelet or a conventional fitness device and can be fitted on ear as a Bluetooth headset device. The Huawei Fitness Band supports various sensors as distance sensors, pedometer sensor that can display information about a pedometer and jogging on the touch screen. 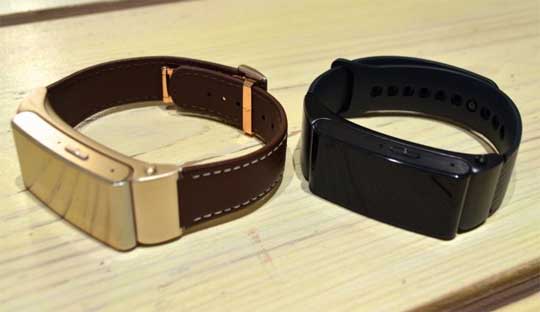 Huawei TalkBand B2 has two microphones with a 10mm diameter driver specifically designed to enhance the audio quality. To serve the needs of health monitoring, Talkband B2 gyroscopes are integrated 6-axis motion sensors and new algorithms promises that capture each small movement of the users. 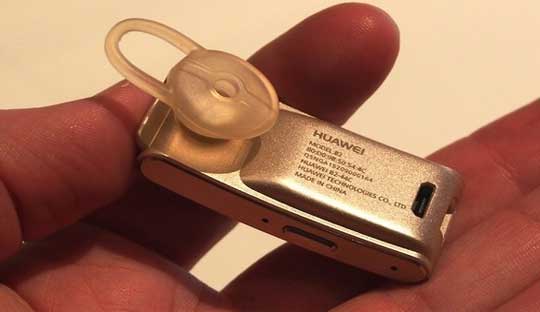 Huawei said Talkband B2 can automatically detect every activity such as walking, running, cycling and sleeping. The battery life of Talkband B2 up to 5 days or 6 hours of talk time with one charger and a standby time up to 12 days.

The Huawei Talkband B2 can be paired with two different smart phones simultaneously, which is useful for those who use two phones, one for work and one for personal and Huawei provide a compatible application for both iOS 7 or higher and Android 4.0 smartphone. 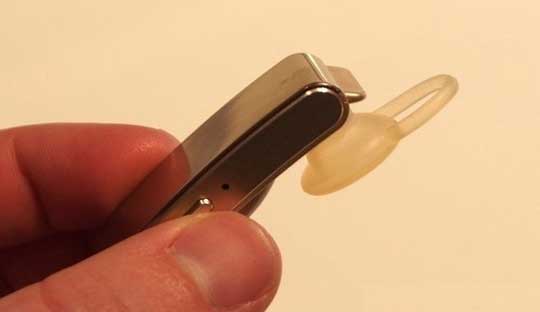 The black and silver version of Huawei Talkband B2 with a rubber strap, while a Golden version will have a leather strap. Huawei said Talkband B2 will be sold in the third quarter of 2015, probably around September and still no official price, expected to cost around £ 150 and £ 200.

He started this blog as a hobby to show his affection for gadgets, but over the time this hobby became professional. And now he is working as a full-time blogger, but in free time he loves watching movies and games. PayPal donation for TechToyReviews will be appreciated.
@https://twitter.com/Techtoynews
Previous SanDisk 200GB microSD card, USB Type C USB Flash drive and 128GB iXpand unveiled at MWC 2015
Next HTC Desire 526G Dual SIM Quick Review and Specifications