Huawei P8 image leaked many similarities with the iPhone 6

The next high-end Smart phone called Huawei P8 is just coming out with many features quite similar to the iPhone 6. 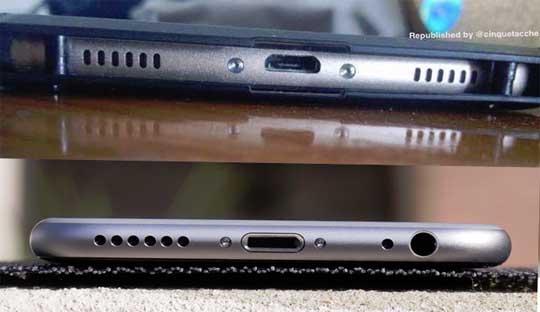 Besides the blockbuster series from the major manufacturers, the Chinese brand today also launched many high-end products with powerful configuration and designs with very low price compared to those big names.

The Huawei also among them, the next generation smartphone in the high-end line of Chinese manufacturers named Huawei P8, is expected to be introduced next month in an event held in London. 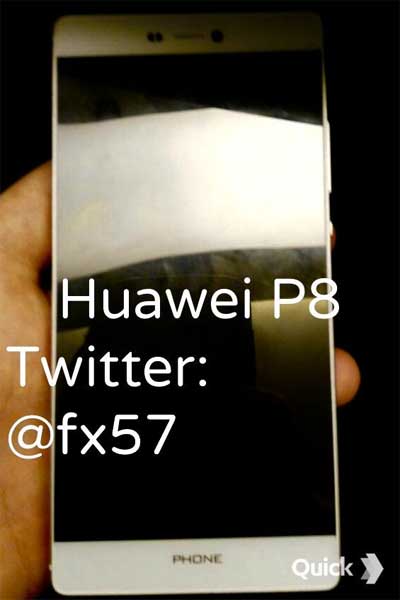 Recently, a few leaked images of this product have emerged and its main feature is the Huawei P8 has many similarities to iPhone 6. Lower area of the edge is easy to make us think of the iPhone. New Huawei Ascend P8 alleged to have arranged a loudspeaker clusters, charging port, screws and mic similar to the way that Apple makes on their products. However, many people hope, representatives of Huawei will have many more breakthroughs, such as the thinness.

According to this blueprint, the overall design is quite similar to the Xperia Z3 line especially in the rounded corners and sides. But the edges of the device are very similar to the iPhone 6 as we seen above in an actual picture. 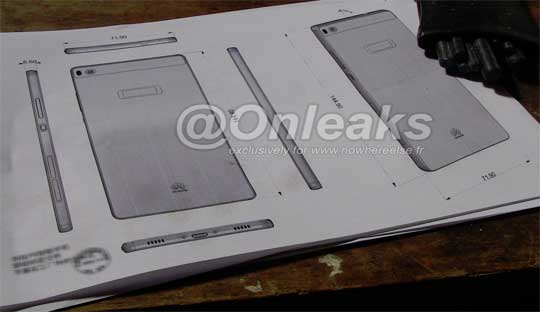 Next the Huawei P8 Specs, just basic parameters of the phone will have 5.2-inch screen, FullHD resolution of 1080 x 1920 pixel, using an Octa-core Kirin 930 processor along with 3GB RAM, a 13 megapixel rear camera while front facing camera of a 8 megapixel and 2600mAh battery capacity. The phone body is made from a ceramic monolith with the aluminum outer shell. The phone will be running Android 5.0 Lollipop with exclusive Emotion interface.

He started this blog as a hobby to show his affection for gadgets, but over the time this hobby became professional. And now he is working as a full-time blogger, but in free time he loves watching movies and games. PayPal donation for TechToyReviews will be appreciated.
@https://twitter.com/Techtoynews
Previous Adobe Camera Raw 8.8 supports up to 10 cameras and 41 new lenses
Next Lenovo Flex 2 Laptop with 15.6 inch touchscreen with flip display up to 300 degrees