HTC has launched their first health monitoring Smart-meter called HTC Grip. HTC Grip is the partnership between HTC and Under Armour sports company from the United States, which is a famous name in fashion and sports accessories. 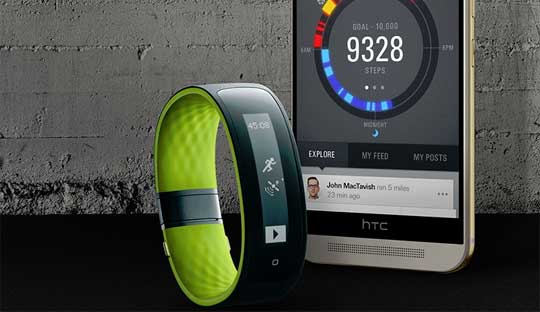 HTC CEO Peter Chou said, HTC Grip is specially designed for those who are interested in monitoring the health status of the body, training and playing sports. HTC Grip run on new platforms called UA Record developed by HTC. HTC Grip user will receive advice from health professionals, athletes and give exercise challenges to their friends through the network thanks to the Under Amour Record synchronous provide continuous data from the device.

In terms of Specifications, HTC Grip own PMOLED Curved screen with a resolution of 160×32 pixels, but the interface and the information displayed on the screen is flat. It has a bracelet type design, black body with green color and made from plastic material. HTC Grip has a total of 5 sensors, including gyroscopes, accelerometers, sensors count your steps, calories sensor, track sleep. It also has many exercise regimes, which has inbuilt GPS in accordance with jogging. In addition to health monitoring, HTC Grip is also likely to show some messages from the message, control music when it’s connected to the smartphone. HTC Grip compatible with both iOS and Android. 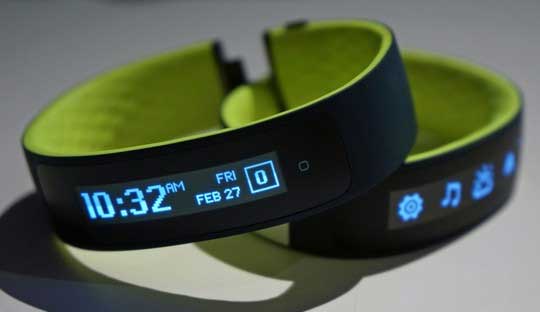 The HTC Grip is packed with 100mAh battery, and it can work for several days if you turn off the GPS and continuous 5 hours when GPS enabled. The device is sold in three sizes to fit each person’s wrist, in addition, HTC Grip also owns dustproof, waterproof IP57 standards, will sell around $ 199.

He started this blog as a hobby to show his affection for gadgets, but over the time this hobby became professional. And now he is working as a full-time blogger, but in free time he loves watching movies and games. PayPal donation for TechToyReviews will be appreciated.
@https://twitter.com/Techtoynews
Previous Sony Xperia M4 Aqua with 5-inch display and 13-megapixels camera Launched at MWC 2015
Next Acer Liquid Jade Z, Liquid Z220 and Liquid Z520 Smartphones Launched at MWC 2015