In recent years, HTC showed great interest in the mid-range smartphone segment, with the launch of a series of models in its line of HTC Desire Cell Phone. 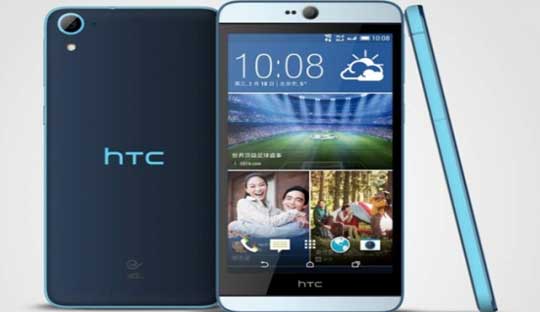 HTC introduced at CES 2015 new smartphone called Desire 826, the next version of the Desire 820 brings many improvements in design. The design of HTC Desire 826 is pretty much same as the HTC Desire EYE, although it is a little bit larger and heavier than Desire EYE. HTC Desire 826 owns the 5.5 inch display with a Full HD resolution of 1920×1080 pixels. It has 64-bit Qualcomm Snapdragon 615 chip integrated with the 1.7 GHz Octa-core – Cortex-A53 CPU. It has 2 GB of RAM and 16 GB of internal memory can be expanded with microSD card.

HTC Desire 826 is owned 13 megapixel rear camera, but the front camera of 4 megapixel also comes with Ultrapixel technology, promises better performance than the standard camera. The front camera prominently placed at the upper middle part of the screen, similar to the Desire Eye. In addition, the Boomsound speakers with Dolby audio technology, ingenious right on the edge of the screen should be viewed from a distance, you will not able to see from the distance. 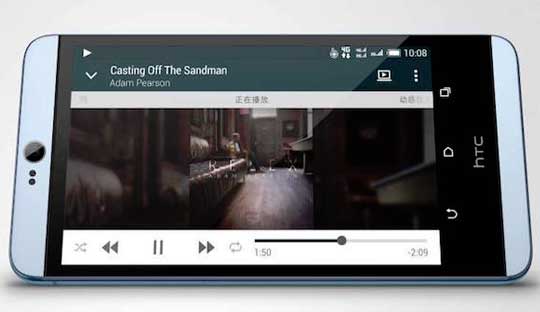 This is the first handset of HTC Desire Phone pre-installed Android 5.0 Lollipop with HTC Sense interface, specific dimensions of the phone 77.5×7.9x158mm, approximately 0.2 mm thicker than the Desire 820, while weighing about 183 grams. Other parameters of the device include 4G LTE network connection and battery capacity of 2600 mAh.

HTC has not announced a specific price and official release date of this product. Full information about the phone will be revealed in the near future.

He started this blog as a hobby to show his affection for gadgets, but over the time this hobby became professional. And now he is working as a full-time blogger, but in free time he loves watching movies and games. PayPal donation for TechToyReviews will be appreciated.
@https://twitter.com/Techtoynews
Previous Lenovo Vibe X2 Pro with 64-bit SoC unveiled at CES 2015
Next Nikon Launched Nikon D5500 DSLR Camera with Touch screen at CES 2015