In recent days, we have heard a lot about the mid-range HTC Latest Smartphone Desire Eye of HTC with Front camera for selfie up to 13 megapixels. The pictures and configurations described leakage portraits part of this smartphone, it recently popped formal parameters of the new handsets in HTC‘s website.

Apart from the front camera resolution is very high, HTC Desire Eye is also capable of water immersion for 30 minutes at a depth of 1 m. Double Exposure Ahead of HTC’s event on 8/10, a Russian source has unexpectedly revealed official images of the HTC Desire Eye smartphone. This phone is rumored to own a front camera of 13 mega pixels. 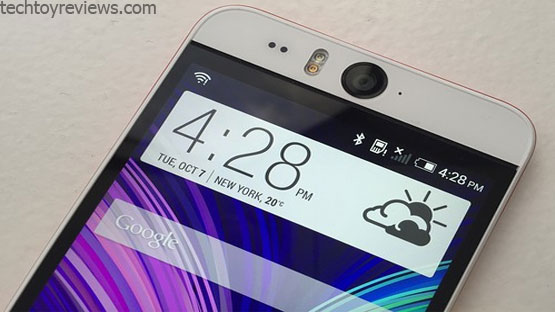 In the leaked photo, front camera besides great clusters of Desire Eye with 13MP Wide Angle camera. HTC Desire Eye, only one smartphone on the market, which has the front camera of 13 mega pixels. In Oppo N1, however, in reality, this is just a camera module can rotate to capture both front and back.

It is used to speculate about the emergence of a pattern and use this smartphone for professional photography. Desire Eye camera, depth sensor is same as the HTC M8 One, but without Ultrapixel technology.

HTC Desire Eye will have two colors are red and blue. The phone has IPX7 certified waterproof, capable to stay in water for 30 minutes at a depth of 1 m. Desire Eye is expected to have fairly strong configurations, but especially striking with the front camera 13 of MP and dual flash for dedicated selfie photography. 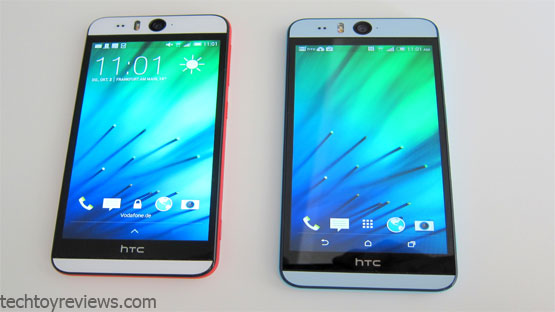 Currently, the price of the phone has not been revealed, however, definitely, the price for an HTC Desire Eye will never pleasant by the presence of a duo camera in front and back. Recently, rumors appeared on the debut event of the Taiwanese manufacturer on 08/10.

He started this blog as a hobby to show his affection for gadgets, but over the time this hobby became professional. And now he is working as a full-time blogger, but in free time he loves watching movies and games. PayPal donation for TechToyReviews will be appreciated.
@https://twitter.com/Techtoynews
Previous Yoga Pro 2 review from Lenovo
Next Gionee GPad G5 – Powerful Hexa Core Processor