Gionee is currently preparing to launch a new budget smartphone with high-capacity battery, called Gionee V381 and now, this device has been certified at TENAA in China.

The Gionee Mobile Company launches another mid-range smartphone device, recently Gionee has produced quite interesting smartphones for medium and high level segment. Now they are coming with a new budget segment smartphone, because not everyone wants to buy a high-end smartphones.

According to TENAA, Gionee V381 will use the 5-inch screen with a resolution of 960 x 540 pixels and the inside is equipped with a 1.3GHz quad-core processor and MediaTek MT6732 chip (Cortex A53). 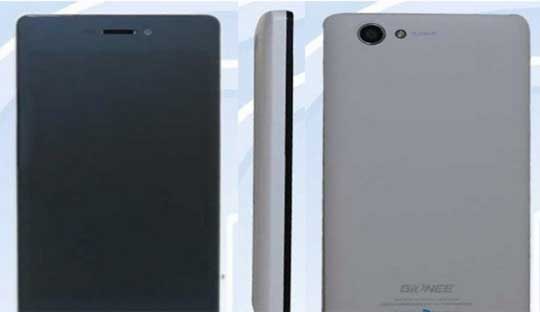 Unfortunately, the price and release date of Gionee V381 has not yet been determined, but perhaps it cost not exceed up to $ 150.

He started this blog as a hobby to show his affection for gadgets, but over the time this hobby became professional. And now he is working as a full-time blogger, but in free time he loves watching movies and games. PayPal donation for TechToyReviews will be appreciated.
@https://twitter.com/Techtoynews
Previous Phase One iXU 180: World’s smallest 80MP Medium Format Camera
Next Microsoft Surface 3: 10.8 inch display, Intel Atom x7 and Win 8.1 OS Launched