Gionee India has announced new smartphone, called the Marathon M3, outstanding features of this smartphone not only 5.000mAh battery life, the price of the phone is also very affordable just Rs. 12,999. Gionee Marathon M3, ready to compete with this battery capacity to smartphones of Motorola. 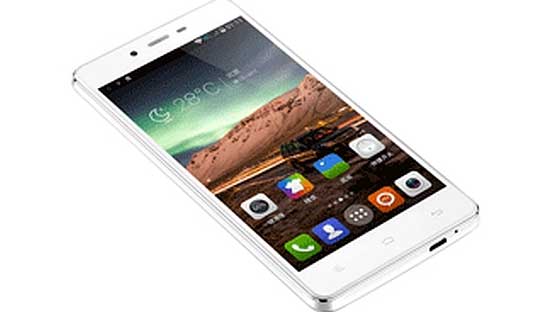 Gionee Marathon M3 officially available in the Indian market. This smartphone comes with the highest quality battery which is giving talk time up to 32h on 3G. These are very impressive figures can help users fix problems with battery life. It’s a Gionee M series phone, last one was Gionee M2.

Battery capacity is an issue that users, particularly interested in the use of smartphones. While Motorola may boast battery capacity up to 3900 mAh on the Moto Droid Turbo and the other brands are not even in the race as well.

Smartphone battery life is always an obsession for mobile users and manufacturers over the years, although not impossible to design a large-capacity battery, however this will affect the form and size of the phone. That’s why most of today’s smartphones that augments usually only have time to use in less than 1 day only.

Not long ago, Motorola introduced Droid Turbo smartphone with 3900 mAh battery, this figure is considered that many people feel satisfied. However, Chinese firms Gionee quite proud past when they’ve introduced a smartphone called Marathon M3, it has a 5000 mAh battery without making the phone too thick, the size of it a mere 144.5×71.45×10.4mm. Thus, Marathon M3 is even 2mm thinner than the DROID Turbo.

Gionee Smartphone Price is also always targeted for mid-range users. Gionee Marathon M3 is right now available in India at a price of about 12,999 INR, Gionee not have a big market in the West it is likely that it will never be exported to the US. Hopefully Marathon M3 will be available in another country in the future.

He started this blog as a hobby to show his affection for gadgets, but over the time this hobby became professional. And now he is working as a full-time blogger, but in free time he loves watching movies and games. PayPal donation for TechToyReviews will be appreciated.
@https://twitter.com/Techtoynews
Previous DELL VENUE 8 3830 – The compact tablet
Next Lenovo Vibe X2 multi-layerd smartphone available in India just Rs. 19,999