First Elephone Ivory Hands on Video from the Company

A first Elephone Ivory Hands on Video from the manufacturer himself, after the official launch of the handset a week ago. It’s most reasonable smartphone from the company, supports dual SIM 4G LTE network has been priced at $99.99. With this price tag the smartphone gave a serious competition to yesterday announced Ulefone Paris X, Bluboo X9, UMi Rome as well as Oukitel K10000 in the same price segment. 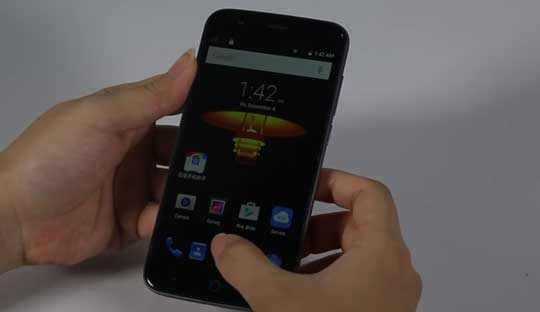 With such a low price, the Elephone Ivory possesses a worth noting specification, which can please enough to attract potential buyers. According to the video below, there is only disappointment that the device still running Android 5.1 operating system out of the box, but the company’s said that it will be upgradable to Android 6.0 Marshmallow. Let’s hope that the new batch of the device will accompanies Android 6.0 from the retailers. In this case, it will be the first genuine device with Android 6.0 Marshmallow from the company, which definitely credit some score to the Elephone.

Recall to Elephone Ivory specifications, it features a 5.0-inch LCD display with HD (720×1280 pixels) resolution along with a pixel density of 294ppi. It also bears a 2.5D curved Glass screen on top. It is powered by a 1.3 GHz Octa-core MediaTek MT6753 64-bit processor along with ARM Mali-T720 GPU, 2GB of RAM and 16GB built-in storage that can be further expanded via microSD card up to 128GB.

The Elephone Ivory flaunts a 13-megapixel autofocus rear camera with LED flash, BSI sensor and can shoot HD 720p videos. On the front, it has a 2-megapixel to snap quality selfies and video calling. It packs a 2800mAh battery which can last long up to a whole day with moderate usage. On connectivity front, includes 4G LTE, 3G, Wi-Fi 802.11 b/g/n, GPS, A-GPS, Bluetooth 4.1, MicroUSB 2.0 and 3.5 mm audio jack connectivity options.

He started this blog as a hobby to show his affection for gadgets, but over the time this hobby became professional. And now he is working as a full-time blogger, but in free time he loves watching movies and games. PayPal donation for TechToyReviews will be appreciated.
@ankit4554
Previous Ulefone Paris X with 5.0-inch Display and 8MP Sony Camera Announced
Next Xiaomi India Christmas Offers: Redmi Note 2 Prime and Free Mi Accessories on 15th December