On Monday, Facebook has updated their Messenger applications to add video calling features, it helps its messaging platforms to better compete with rivals like Skype Video Calling, Google Video Calling, Apple FaceTime and many more.

Stan Chudnovsky, head of Messenger, adds that his programmers have devoted much effort to make the video call to be good even if the network is slow. This Video Calling Facebook feature also supports multi-platform, so if you are using iOS platform still can call the person using an Android device.

For now the video call features of Messenger is not available in India, was only applicable in Belgium, Canada, Croatia, Denmark, France, Greece, Ireland, Laos, Lithuania, Mexico, Nigeria, Norway, Poland, Portugal, UK, US and Uruguay. 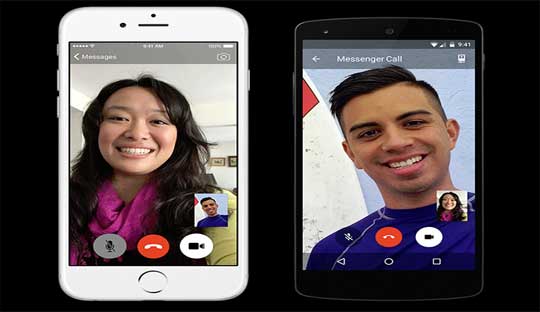 Last week the company also launched the Hello app added to replace the default call dialer of Android devices. The Facebook Hello app works with your Facebook account, update personal information of friends, lets call, send a message through Messenger instead of the mobile network and also can block unexpected calls and messages. This shows that Facebook wants to become the center of attraction among all daily communication users.

He started this blog as a hobby to show his affection for gadgets, but over the time this hobby became professional. And now he is working as a full-time blogger, but in free time he loves watching movies and games. PayPal donation for TechToyReviews will be appreciated.
@https://twitter.com/Techtoynews
Previous Galaxy Grand Prime Vs Lumia 730 Dual SIM: Perfect mid-range Smartphone devices
Next Samsung Galaxy S6 Quick Review, Specs and Price