BenQ a Taiwan manufacturer is ready to launch their Latest Mobile Phone at MWC 2015, which named is the BenQ F52. The BenQ company partnership with Chinese software developers Cheetah Mobile. 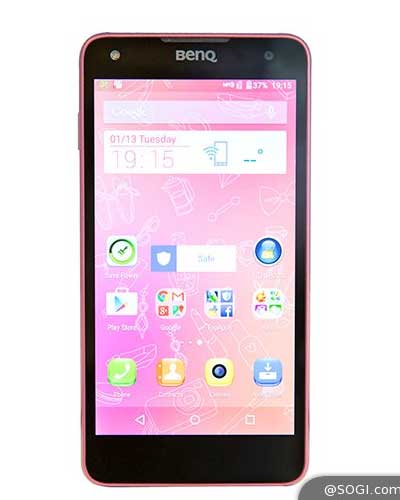 The BenQ F52 smartphone is coming with the latest Android 5.0 Lollipop, 4G LTE supports and several pre-installed applications. The device will own Full-HD 5.2-inch screen with a resolution of 1080×1920 pixels, and the highlight of this new smartphone is powered by 64-bit octa-core Snapdragon 810 chip.

The BenQ F52 smartphone includes a 13-megapixel rear camera with LED flash and Sony IMX214 Sensor. It has a front camera of 8-megapixels to click better selfie photos. As already mentioned, BenQ F52 debuts with Android 5.0 on board, equipped with factory firmware interface and applications such as Clean Master, CM Security and Battery Doctor – helps to manage battery power.

The BenQ F52 design with a plastic case and will be offered in a wide range of colors. While more information about this new product will find at the MWC Barcelona 2015, but this time, there are great chances for BenQ to distribute their products outside of the eastern market.

He started this blog as a hobby to show his affection for gadgets, but over the time this hobby became professional. And now he is working as a full-time blogger, but in free time he loves watching movies and games. PayPal donation for TechToyReviews will be appreciated.
@https://twitter.com/Techtoynews
Previous Toshiba introduces first Camera Module in the world under Project Ara
Next Tokina AT-X 50-135mm Cinema Lens with 4K video recording, Price $ 4.499