Asus has announced the rollout of Android 9.0 Pie update on ZenFone 5Z, the top-of-the-range smartphone from the Taiwanese company based on the Snapdragon 845 mobile platform.

The update is already available for download via OTA gradual. The new firmware is identifiable from the build number 90.10.138.157_20181222 and brings with it all the new features of the Android Pie OS and the security patches of November 2018. 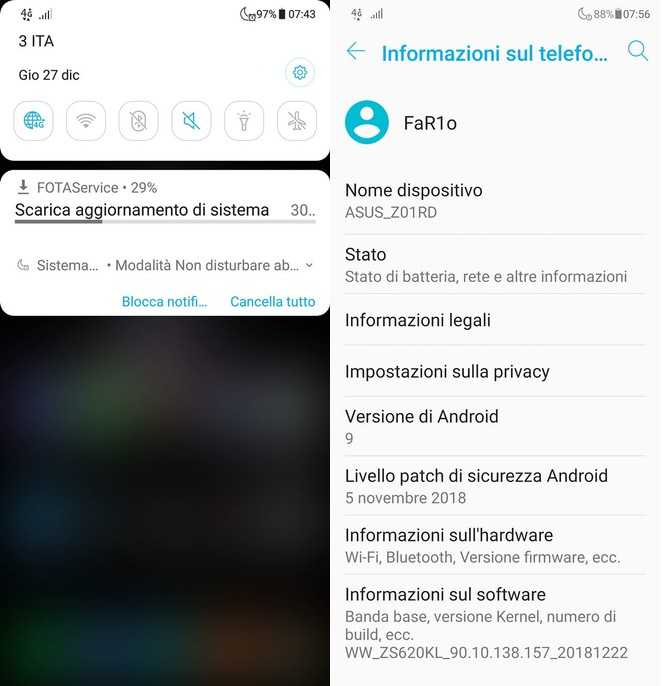 He started this blog as a hobby to show his affection for gadgets, but over the time this hobby became professional. And now he is working as a full-time blogger, but in free time he loves watching movies and games. PayPal donation for TechToyReviews will be appreciated.
@ankit4554
Previous PlayStation Classic on Amazon for $59.99, Lowest Price Ever
Next Google Pixel 3 Lite, Pixel 3 XL Lite Coming in Spring 2019 with Verizon | Rumor