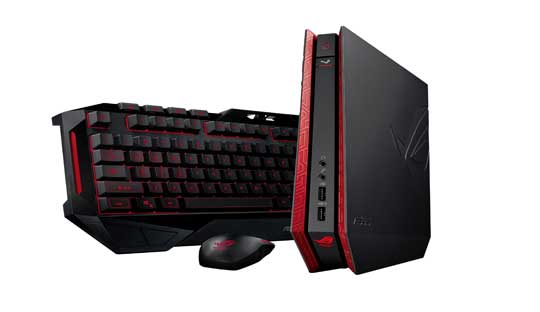 The Republic of Gamer GR6 is integrated WiFi-80211ac network card and running Windows 8.1 operating system comes with a pre-installed application of Valve Steam. The ROG GR6 also has a button to run faster Steam Big Picture launcher – when there’s a new Steam UI design for the big screen will appear instead of the traditional interface. 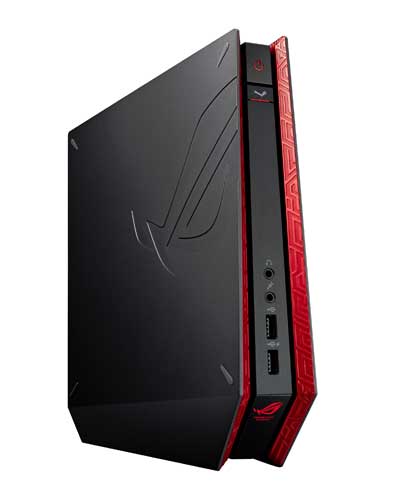 The Asus ROG GR6 is covered with black rough surface, the design lines inspired by the Mayan culture ROG logo flashing pretty nice on the device. The ROG GR6 would be an ideal gaming desktop placed in the living room or bedroom and it is very light that allows you to take with you to the LAN gaming clubs to battle with friends.

The Republic of Gamer GR6 was installed Windows 8.1, in addition it will be fully compatible with the Steam OS as well as handle Steam Controller in the future. The Republic of Gamers Asus adds that the weight of the devices is only 1,28kg and dimensions are 238 x 245 x 60mm. 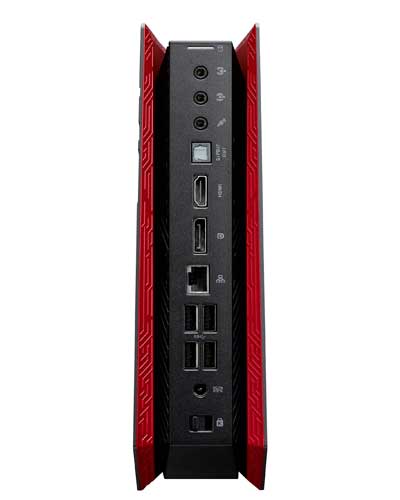 It has a SupremeFX audio quality with the automatic adjustment function for headphone amplifier Sonic SenseAmp and the Sonic soundstage sound mode is compatible with the operating system. Additionally, the sound quality of GR6 can be customized according to the user through Sonic Studio functionality. Gamers can better experience shooter game thanks to Sonic Radar II functions appear to recognize the direction of the enemy through the virtual radar screen. 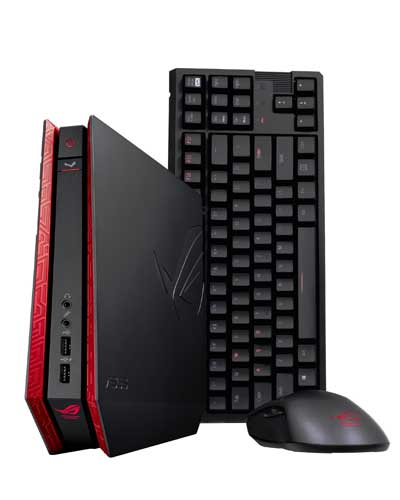 The Asus ROG GR6 equipped with an Intel 1Gbps LAN card and GameFirst III online game allows gamers to play online games without regard to the state of lag. The device with side sliding lid allows users to easily upgrade the HDD / SDD or RAM. The Asus GR6 noise around 20dB when running in idle mode and 28db when running with heavy loads, so it can be put in the position to silence as the bedroom or living room.

He started this blog as a hobby to show his affection for gadgets, but over the time this hobby became professional. And now he is working as a full-time blogger, but in free time he loves watching movies and games. PayPal donation for TechToyReviews will be appreciated.
@https://twitter.com/Techtoynews
Previous LG G4 Stylus image Leaked
Next Cubot X10 world’s thinnest waterproof Smartphone with Octa-core SoC and 2GB of RAM