IHS iSuppli has released an estimate production cost of Apple Watch-38mm Sport version only $80 with a retail price of $ 349, which means that the real value is only around 1/4 price. 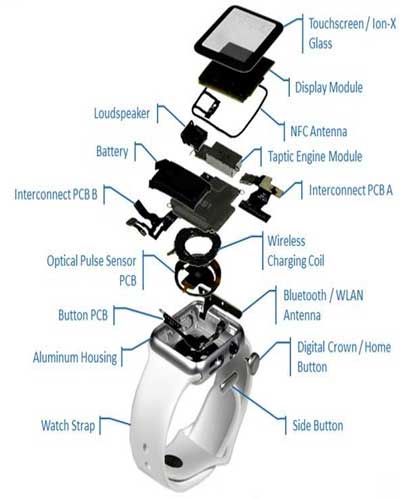 According to the company, the production costs of hardware (excluding the cost of research, marketing, software, royalties, capital costs, transport etc.) Apple Watch made under $ 80, in which spending a big amount only for a large screen with $ 20.5, while the battery is only $ 0.8.

According to IHS estimates, the most expensive component in Apple Watch is the display (including OLED and protective Ion-X glass), it costs $20.50, followed by S1 processor, priced $10.2. Unfortunately, there is not any report about the sapphire crystal and the gold plated thousand dollars Apple Watch. 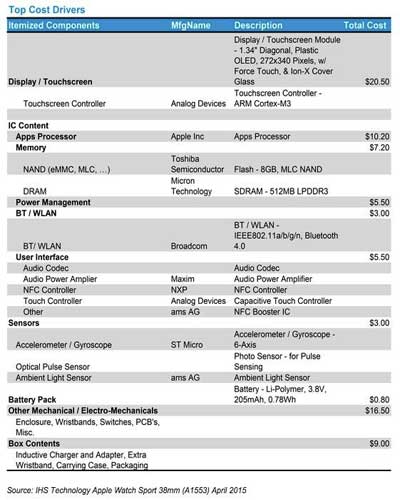 Before IHS given these figures, the Apple CEO Tim Cook said in the past that he has never seen one that’s even close to accurate. So far, these are hot devices in the market same as iPhone or Galaxy S.

He started this blog as a hobby to show his affection for gadgets, but over the time this hobby became professional. And now he is working as a full-time blogger, but in free time he loves watching movies and games. PayPal donation for TechToyReviews will be appreciated.
@https://twitter.com/Techtoynews
Previous Lenovo A3900 with 5 inch display and 4G LTE support Launched
Next Pentax K-S2 Quick Review, Specs and Price