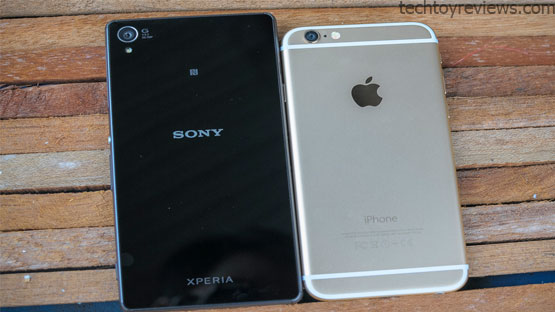 iPhone 6 and Xperia Z3 is two products are recently introduced in September this year. A symbol of the yearning to return to the day of Sony, a phone represents a revolutionary change in the size of Apple’s design. Two phones possess powerful configuration and superior features. Below we have a quick comparison of these two super smartphones.

The big screen trends of today’s smartphones, Sony – who has joined the race for a long time, and so far they have been loyal to the moderate size of 5.2 inches. Apple is different, they are loyal to the old ratio, loyal to the screen size of 4 inches on the two most recent smartphones, and then change in both design and size on the iPhone 6.

Both smartphones are carrying the monolithic design for sure. With Xperia Z3, the model still follows traditional designs, which has made the brand called Z series since launch. However but metal rim was a completely new design, not the sharp rim square cut instead is soft and rounded lines. This is quite similar to the new iPhone, Apple has also replaced the two sides with a flat edge curve. Both have nice gripping and but not thrilling. 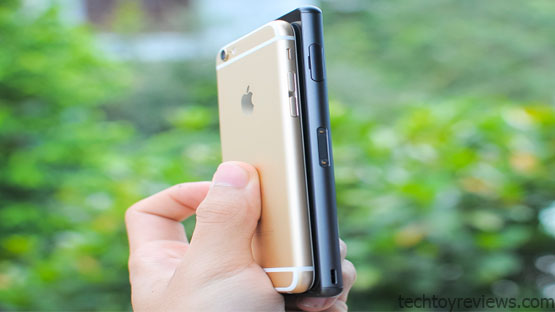 The highlight of the Xperia Z3 compared with rivals such as dustproof and waterproof while the iPhone 6 does not have this feature. Xperia Z3 with four colors to choose from including Black, White, Bronze, Blue and silver, while the iPhone 6 consists of three colors: Space Gray, Silver White and Champagne Gold. 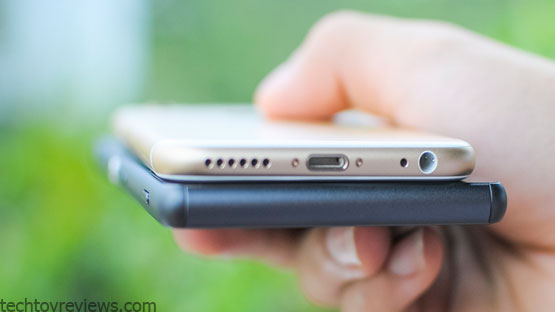 Perhaps this is the most controversial part comparison between iPhone, Sony lovers and those who used neutral. In fact, both the visibility is excellent, even though the pixel density on the iPhone 6 is much lower than the Xperia Z3, but the technology is equipped with two new phones this really worth mentioning. 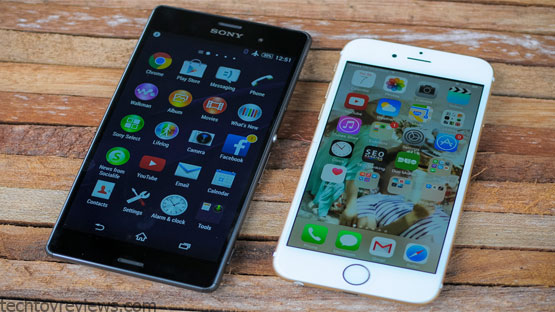 Xperia Z3 own 5.2 inch screen resolution of 1920×1080 with IPS panels are supported by both technology and exclusive X-Reality Triluminos. Meanwhile, representatives from Apple is equipped with a 4.7 inch screen with a resolution of more modest 1334×750 pixels with HD Retina technology based on LED-Backlit IPS panel. Both displays over 16 million colors and a wide viewing angle. It is hard to recognize the new winner of the show.

In energy terms under outdoor light, Xperia Z3 for better visibility due to 600 nits brightness threshold while only 500 nits iPhone 6, but users absolutely fine in this condition. In terms of color, saturation Xperia Z3 with higher contrast rather than by being supported by the X-Reality technology, while the iPhone 6 inclined yellowish tone. iPhone 6 screen easier on the eye and more popular than rivals.

Sony is one of the leading in the race of mobile phones when its top is equipped with a camera that has a resolution of up to 20.7 MP. Xperia Z3 is no exception, after 2 upgrades from Xperia Z1 to Z2 for the Xperia Xperia Z3, the new G lens system for picture quality is great with the autofocus mode extremely fast and supports an ISO range of up to 12800. Besides this camera also capable of recording 4K resolution videos with the help of the powerful SoC. 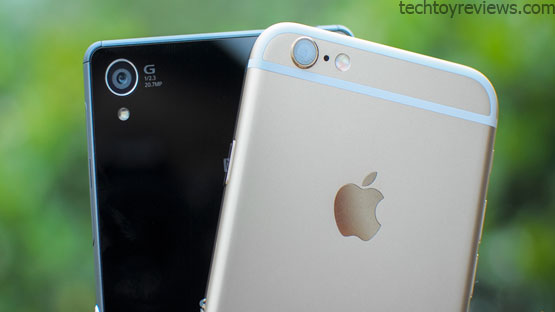 iPhone 6 on the other hand, all the information about a 10 MP camera has not happened when Apple announced standing outside talking about the race. A still iSight camera with a resolution of 8 MP, but instead changes landmark, solved image quality. Apple has increased the sensor size and integrated optical image stabilization and LED lights powered by True Tone for the bright pictures which is good to compare old iPhone technology. iPhone 6 record Full HD standard video at 60fps Slow-motion 240 fps 720p.

It would be lame to bring a processor speed of 2.5 GHz processor compared to only 1.4 GHz. But, in terms of performance, to admit one thing, the two smartphones are very similar. New iPhone A8 processor uses the latest Apple produced a 64-bit same new process helps the faster data speed up to 25%, then iPhone 5S and the graphics processing capabilities also up to 50%. So, the iPhone 6 will complete all the tasks as well as application of today. But only the iPhone 6 is equipped with 1GB of RAM, but is also more than enough for a compact operating system and is extremely optimized for iOS 8. With Xperia Z3 equipment Qualcomm Snapdragon 801 chipset, 2.5 GHz quad core along with 3GB of RAM for high performance and stability.

Practical use, both devices showed a smoother, faster response time and the ability to multi-task very well. But Apple products heat up very quickly when using heavy tasks while Xperia Z3 stands at just warm.

iPhone 6 and Xperia Z3 are the top two devices today, both have powerful configuration, beautifully designed and advanced camera performance with stability. With the iPhone 6, Apple has shown a change in the design along with a larger screen size and race with the Android smartphones. With Xperia Z3, Sony still is providing high technology camera and display to the world as well as consumers. Both are great choices for those who want to own their own a smartphone, in this 2014.

He started this blog as a hobby to show his affection for gadgets, but over the time this hobby became professional. And now he is working as a full-time blogger, but in free time he loves watching movies and games. PayPal donation for TechToyReviews will be appreciated.
@https://twitter.com/Techtoynews
Previous HTC ONE mini 2 Review – Miniature of HTC One M8
Next Panasonic Eluga S Octa-core smartphone Launched at Rs. 10,980