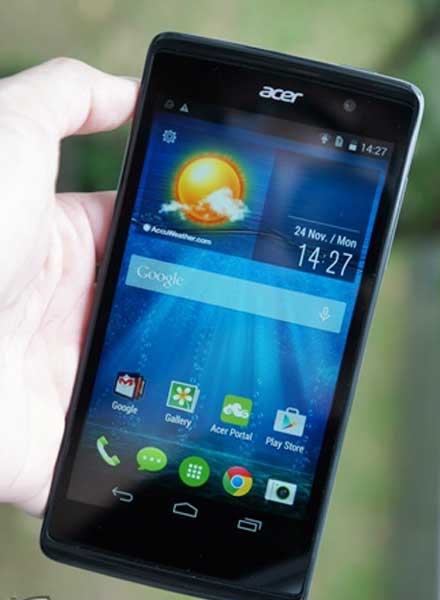 The Smartphone Acer Liquid Z500 is considered good enough for the price of $182 – approximately 11,282 rupees, its give tough competition to mid-range smartphone market. The Acer Liquid Z500 comes with its own UI, called Float UI with multi-window display support.

Acer Liquid Z500 smartphone is made out of the same style and design such as other Liquid series smartphones like sleek and rounded design. The speakers and sound systems are very better than previous one, its makes it perfect Smartphone for Music lovers and runs on Android 4.4.2 KitKat.

The screen of the Acer Liquid Z500 is an IPS screen, 5-inch HD with a resolution of 720×1280 pixels, and it is a touch screen with up to 5 points with fantastic viewing angle.

The Performance of Acer Liquid Z500, comes with MediaTek MT6582 chip, 1.3GHz Quad Core processor, which is really good. It has 2GB of RAM, internal memory of 16GB with a MicroSD card slot supports up to 32GB. The Acer Float UI also offers a quite new interface for users. 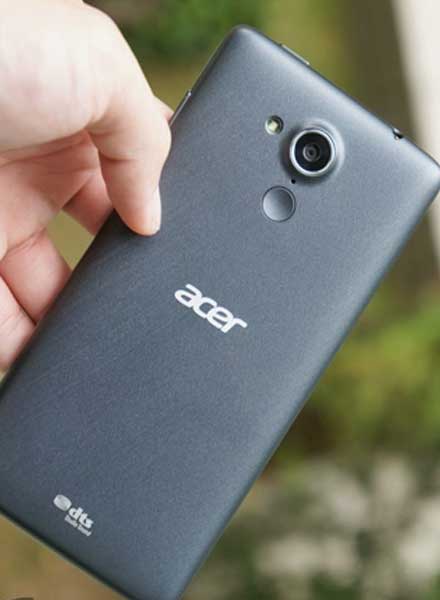 Behind the back panel it has a beautiful design with the 8 megapixel camera also supports flash. Also capable to record 1080p HD video. Acer Liquid Z500 front camera of 2 megapixel with proximity sensor, Light sensor on a speaker in a line above it.

The Acer Liquid Z500 comes with Android 4.4.2 KitKat OS and familiar Acer Float UI interface is infinitely intelligent and intuitive features as compared to the other UI.

In terms of connectivity, Acer Liquid Z500 comes with Dual SIM card slots, 3G, WiFi, Mirco USB, Bluetooth, A-GPS and 3.5mm jack. The 2000 mAh battery capacity is considered okay, the battery drains out after 6 or 7 hours of web browsing or playing games, watching videos on YouTube or make some calls.

He started this blog as a hobby to show his affection for gadgets, but over the time this hobby became professional. And now he is working as a full-time blogger, but in free time he loves watching movies and games. PayPal donation for TechToyReviews will be appreciated.
@https://twitter.com/Techtoynews
Previous HP EliteBook Folio 1020 Laptops with new “Always On” Features
Next Lumia 535 available in India with Praiseworthy Price of Rs.9,199