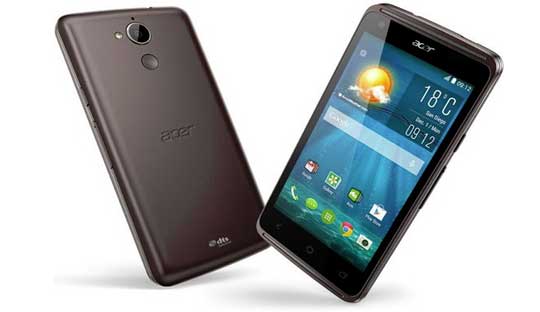 As some of you know, the Acer Liquid Z410 phone is the first 64-bit smartphone of Acer and it was announced at CES 2015, Acer Liquid Z410 Plus also has the same design and parameters as Acer Z410. The Taiwanese company Acer starts selling this month its latest budget smartphone.

The new Acer Liquid Z410 Plus with very thin design and lightweight body – dimensions: 136 x 66.7 x 9.9 mm and weighs only 145 grams, and will be offered in two variants of colors such as white and black.

The smartphone is based on a 64-bit quad-core MediaTek MT6732 processor with a clock speed of 1.5 GHz – ARM Cortex-A53, an integrated Mali-T670 graphics processor and supports 4G LTE network speed up to 150 Mbps. The Acer Liquid Z410 Plus has a 4.5-inch multi-touch capacitive display with IPS technology and support qHD format, a resolution of 960 x 540 pixels and pixel density of 245 ppi. 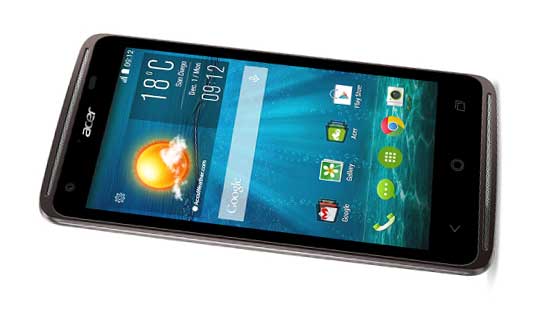 The phone packed with a 2 GB RAM, 16 GB of internal memory with external micro SD slot to expand memory – unspecified capacity. It has a 5-megapixel rear camera with LED flash and 2-megapixel front facing camera to capture selfies.

In addition, Acer Liquid Z410 Plus has Wi-Fi and Bluetooth 4.0 connectivity, GPS/A-GPS, Micro USB 2.0, two stereo speakers on the front panel with support for DTS Studio Sound. The phone comes with a 2000 mAh removable battery with talk time up to 5.5 hours and standby time up to 400 hours. The Acer Liquid Z410 Plus is running Android 4.4 KitKat operating system.

He started this blog as a hobby to show his affection for gadgets, but over the time this hobby became professional. And now he is working as a full-time blogger, but in free time he loves watching movies and games. PayPal donation for TechToyReviews will be appreciated.
@https://twitter.com/Techtoynews
Previous Gionee Elife S7 launched in India: 5.5 mm thin and 5.2 inch Full HD display
Next Microsoft Asha 240 XT with QWERTY keyboard running Windows 10