This Samsung Flip Phone with luxury and elegant metal material design, current flagship device in Flip Phone segment. The Galaxy Golden 2 features a high configuration such as a 2.5GHz quad-core processor, Qualcomm Snapdragon 801 SoC, with 2GB RAM and runs on Android 4.4.4 OS. Launched in late 2014, this is a smartphone designed for those who love the Flip Phones but still carrying the powerful and innovative technology. 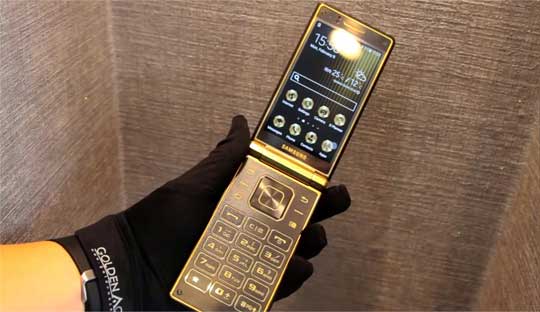 The remaining specifications of the device include two screens, AMOLED 3.9-inch display with a resolution of 720×1280 pixels. It features a 16-megapixel rear camera and a 3.7-megapixel front-facing camera. It has a quite similar specs to the Galaxy Note 4, 16GB of internal memory and also sports external memory card slot to expand memory.

In late 2014, LG launched the Flip phone called Wine Smart. Originally inspired by the wine glasses with full of luxurious and elegant design, LG not only created a classic device, but also comes with many new technologies and when LG Wine Smart running Android 4.4 OS. 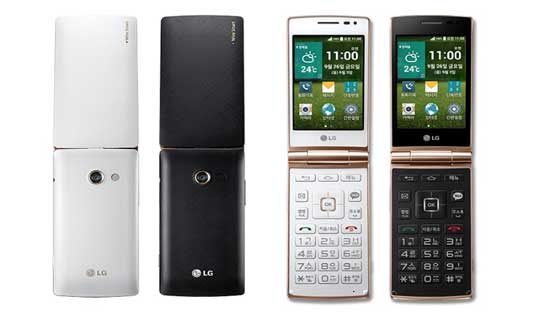 The LG Wine Smart has a 3.5 inch LCD IPS display with a 320 x 480 pixel resolution. It is powered by a 1.2 GHz quad-core processor and 1GB of RAM to ensure the smooth and powerful performance. It features an 8-megapixel rear camera and a 0.3-megapixel front camera to meet selfie demands of the young generation. It packs 4GB of internal memory and external memory card support, 1700mAh battery and also supports 4G LTE connectivity.

The Lenovo A588t is not only compact but also very classy and comes with a modern design. The device with a special small outer screen to display notifications, messages, emails etc. It runs Android 4.4 KitKat OS and bring trendy smart features for a Flip phone. 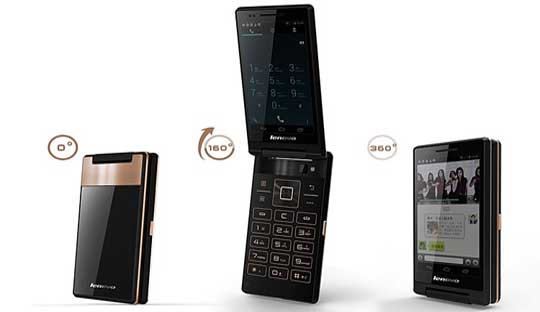 The Lenovo A588t is equipped with a 4.0-inch TFT LCD display and resolution of 480×800 pixels. The device is powered by 1.2 GHz quad-core Processor, Mediatek MT6582M Chip and 512MB of RAM will provide sufficient performance. It also comes with 4GB of internal memory with an external memory card slot and 2250 battery.

True to its name, the elegant and classic Flip Smartphone has just been released by LG. LG Gentle has a quite bold design with the roughed plastic material. This device is runs latest Android 5.1 operating system. 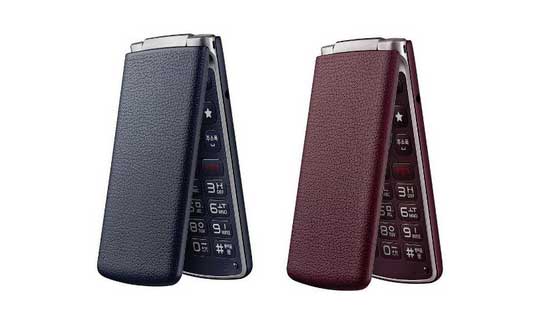 The LG Gentle uses a 3.2-inch display with 320 x 480 resolution same as LG Wine Smart, a 1.1GHz Quad-core processor and 1GB of RAM for moderate processing performance. It features a 3-megapixel rear camera and 0.3-megapixel front-facing camera just enough to meet the needs of video calls and take photos to share on social networks. It packs 4GB of internal memory with external memory card support and 1700mAh battery capacity. The LG Gentle with a bold design and affordable price could be a model for those who love the elegant Flip Phones.

The biggest technology company of South Korea also recently launched a Flip Smartphone named Samsung Galaxy Folder as the reply of the LG Gentle. It has a quite compact and very familiar design of its previous flip phones. It also combines all latest smartphone features, including internet services, messenger and social networking with latest Android 5.1 Lollipop OS. 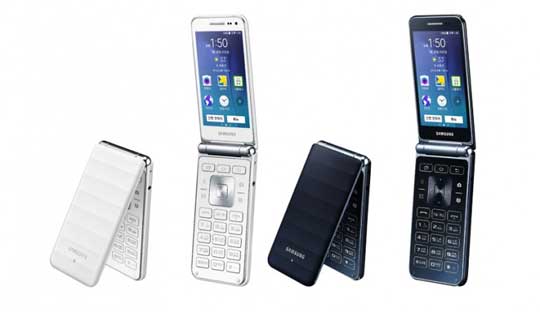 The Galaxy Folder Specifications, it features a 3.8-inch touchscreen display, an 8-megapixel rear and 2-megapixel front-facing camera. It is powered by a 1.2GHz quad-core processor, 1.5GB of RAM and 8GB of internal memory which can be expanded via microSD card. It packs a 1800mAh battery out of the box.

Flip phone is now no longer just a phone with basic functions, even they can be equipped with a high specification like any other flagship.

Check out some Flip Phones Price below:

Thanks for reading! If my article helped you, I would be happy if you visit Techtoyreviews again and follow it on Social media. This article contains partner "affiliate" links. Clicking on it will take you to the provider and if you make a purchase, Techtoyreviews will receive a small amount of support.
@Techtoynews
Previous Samsung Galaxy Folder Flip Phone Launched in Korea
Next Kingzone N5 4G Smartphone from Everbuying for $111.89 including free shipping