Xperia M4 Aqua Smartphone will be launched at MWC 2015

Yesterday we reported about Sony accidentally revealed the news about the Sony Xperia Z4 Tablet will ready to launch at MWC 2015. But that is not the only one product hat they bring to the most important exhibition this year. According to the XperiaBlog Japanese companies willing to launch the new phone called Sony Xperia M4 Aqua. 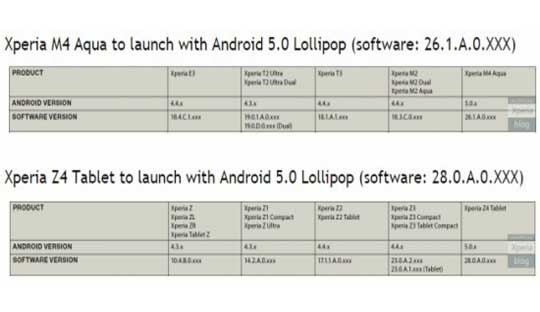 Several sources also add that the Sony Xperia M4 Aqua will come with a 5-inch display, HD resolution of 720p, powered by Quad-core Qualcomm Snapdragon 410 processor, 1 GB of RAM and 2300 mAh battery capacity. Quite predicting that this is a perfect mid-range Smartphone.

It looks that Sony will not have any plans to introduce advanced smartphones such as Xperia Z4 line at MWC 2015. So probably at MWC this year, Sony will introduce these two handsets.

He started this blog as a hobby to show his affection for gadgets, but over the time this hobby became professional. And now he is working as a full-time blogger, but in free time he loves watching movies and games. PayPal donation for TechToyReviews will be appreciated.
@https://twitter.com/Techtoynews
Previous LG Watch Urbane LTE SmartWatch with WebOS Launched
Next Canon 300mm f/4 IS, 24mm f/2.8 and 50mm f/1.3 (2015) Rumors