Witness the success of Xiaomi not only in domestic market, but also overseas market. Xolo mobile is no intention to stay out of the game, which is the name of the latest Xolo will release a phone called Xolo 8X-1000. Participated in the smartphone market already lots of participation of various.

Xolo mobiles are entering in a new trend with its customized interface. They offer very large screen smartphone with gorilla glass and Android OS. The Xolo Mobile Phone Price hasn’t announced yet, but is approximately available in 15000 rupees. 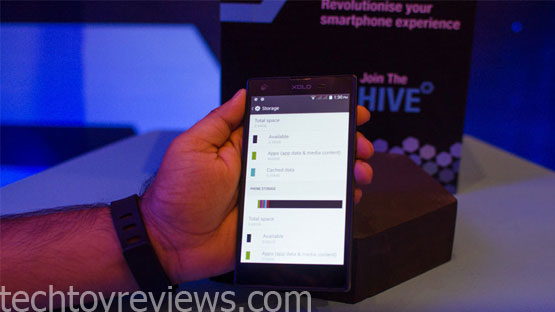 This Xolo Mobile has a new interface called Hive UI. The main screen interface on the xolo smartphone Hive was created only for Xolo devices.

Xolo 8X-1000 is a latest Xolo phone is worth the 1.4GHz octa -core processor, camera of 8MP resolution, 2GB of RAM and 16GB of internal memory. It’s run on Android OS 4.2.2, but the user interface has been developed by the company called ‘Hive’. Xolo also developed its own interface like Samsung created TouchWiz or HTC with Sense UI. This interface promises a new wind blowing in the India smartphone interface running the Android operating system.

Xolo Mobile Company add this interface to be created Indian market. New interface, system icons, wallpapers and more features exclusively for this latest xolo phone. In addition, the Hive Key helps users may post flood and accounts, Facebook, Google, Twitter in one application. This latest cell phones will primarily be sold in the Indian market. Xolo Phones India promising to bring more choice to the user.

He started this blog as a hobby to show his affection for gadgets, but over the time this hobby became professional. And now he is working as a full-time blogger, but in free time he loves watching movies and games. PayPal donation for TechToyReviews will be appreciated.
@https://twitter.com/Techtoynews
Previous LG 42LA6200 LED TV – 42 inches review
Next Motorola Moto G2 upcoming smartphone