The Xiaomi Mi 4i is a variant of the Xiaomi Mi4 smartphone, device configuration is quite high compared to the price of only Rs. 12,999 – approximately $ 205, along with many color options for young users. 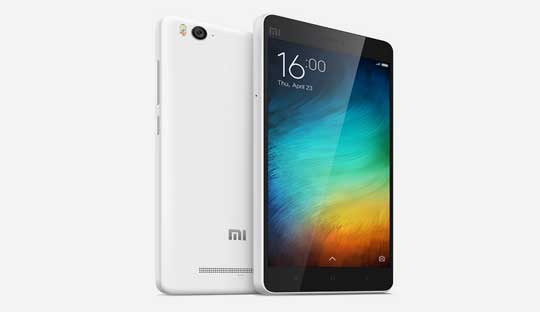 The Xiaomi Mi 4i is the latest smartphone from Xiaomi has been introduced at an event held in India. The device boasts a small thickness – 7.8 mm and weighs 130 g and available in five color options: black, white, orange, blue and pink.

The Xiaomi Mi 4i Specifications are as follows: 5 inch IPS-display with a resolution of 1920 x 1080 pixels from JDI, a 64-bit Octa-core 4 ‘power-saving’ 1.1GHz and 4 ‘performance cores’ 1.7GHz Processors with a second-generation Snapdragon 615 SoC. It has a 2 GB of RAM, Adreno 405 GPU and 16GB internal storage. The battery capacity of the device is 3120 mAh and runs on latest Android 5.0.2 Lollipop with Xiaomi MIUI v6 interface. 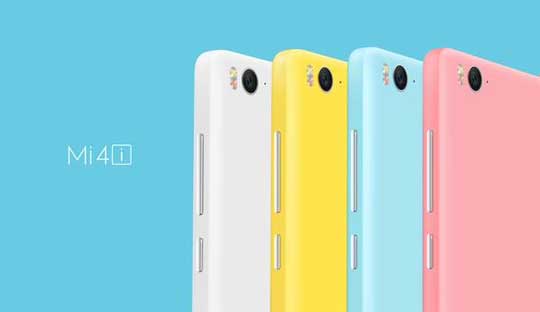 The Xiaomi Mi 4i separately identifies the camera. As the back camera with a 13-megapixel with an aperture of f / 2.0 and the five element lenses. The camera also supports dual LED flash with a different color. In front it has a 5-megapixel camera with an aperture f / 1.8, wide angle up to 80 degrees. In addition, Xiaomi Mi 4i also offers some applications for the photo, which includes Beautify, HDR and much more. 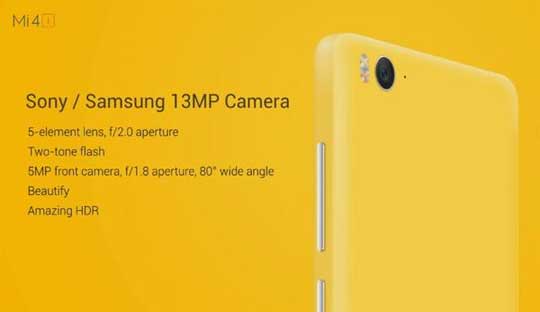 The Xiaomi Mi4i supports dual SIM cards and connect to high-speed 4G LTE networks. The smartphone available for purchase on 30th April 30 in India, about availability in other markets will be known later.

He started this blog as a hobby to show his affection for gadgets, but over the time this hobby became professional. And now he is working as a full-time blogger, but in free time he loves watching movies and games. PayPal donation for TechToyReviews will be appreciated.
@https://twitter.com/Techtoynews
Previous Asus Zenflash, LolliFlash, ZenPower and ZenEar accessories Launched in India
Next Lenovo K80 with 4000mAh Battery, 4GB RAM and 64GB ROM Launched