The Microsoft Surface 3 is the upgraded version of the Surface 2 with switching platform using full Windows instead of Windows RT and slightly larger screen with a ratio of 3:2. 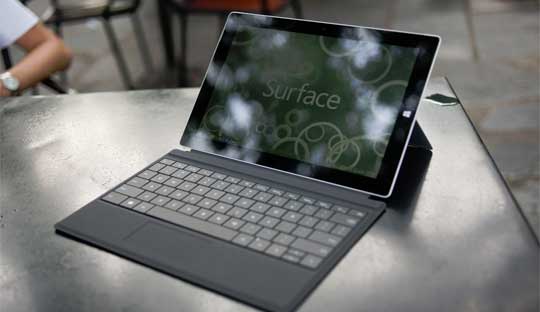 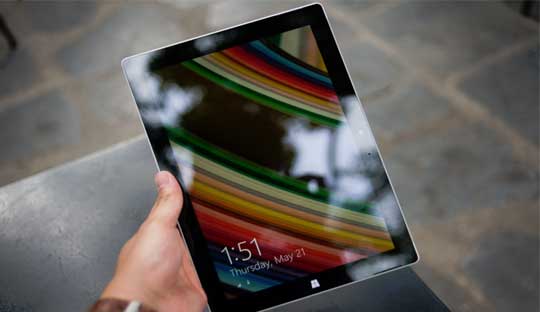 The two most valuable changes on the Surface 3, which are its screen and Windows 8.1 OS. The Surface 2 has an ARM chip which brings greater mobility, but is not compatible with the .exe file. On Surface 3, Microsoft has returned to Intel CPUs, so we have the same processor platform. Aspect ratio of 3:2 will also become more symmetrical, especially when manipulating device on hand. Despite a little thinner than the Surface 2, but compared to other tablets, the Surface 3 is not thin, it is still quite thick and bulky to handle with a one hand. In contrast, when using the keyboard, the Surface 3 was very nice and compact. 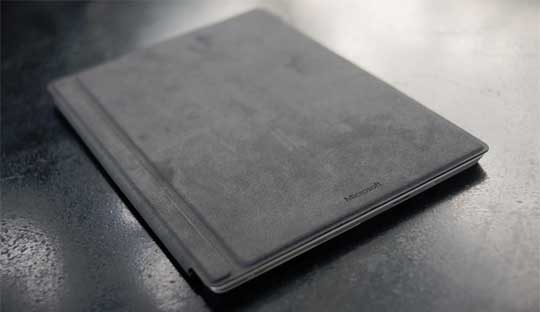 Another change in the positive direction than the Surface Pro 3 is a that a device uses a micro-USB charging port instead of traditional Microsoft’s standard ports. 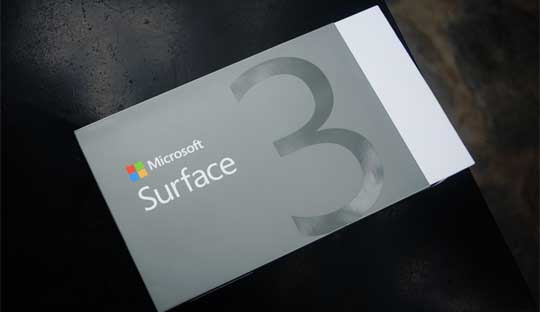 The Box of the Surface 3 is very small and thin 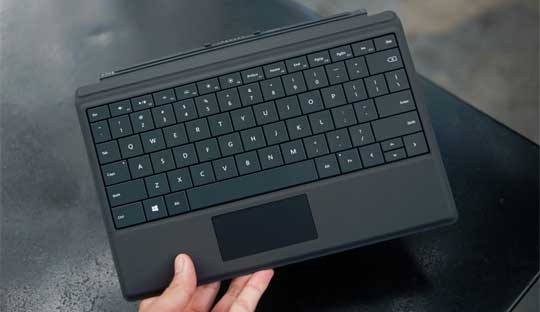 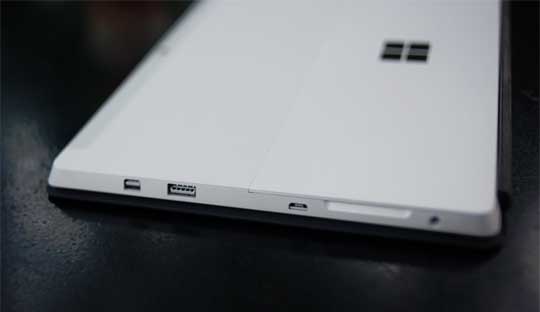 To the right is the headphone jack, charging port, USB and micro HDMI ports 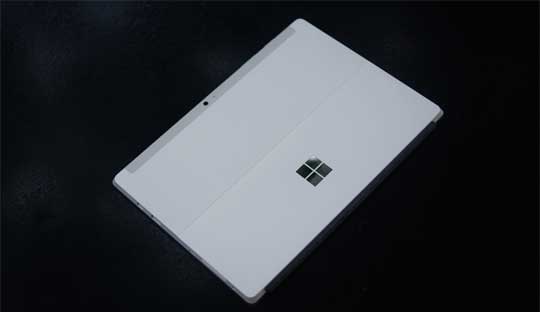 Rear kickstand with the Windows logo

A significant upgrade on the Surface 3 is the standard micro-USB charging port instead of Microsoft’s own ports.

He started this blog as a hobby to show his affection for gadgets, but over the time this hobby became professional. And now he is working as a full-time blogger, but in free time he loves watching movies and games. PayPal donation for TechToyReviews will be appreciated.
@https://twitter.com/Techtoynews
Previous Elephone P8000: Smartphone with 5.5 inch Display, 3GB RAM and 13MP Camera
Next Canon 5D mark IV: Now ready for testing