The Samsung Z1 Smartphone running Tizen platform from Samsung has officially introduced in the Indian market. 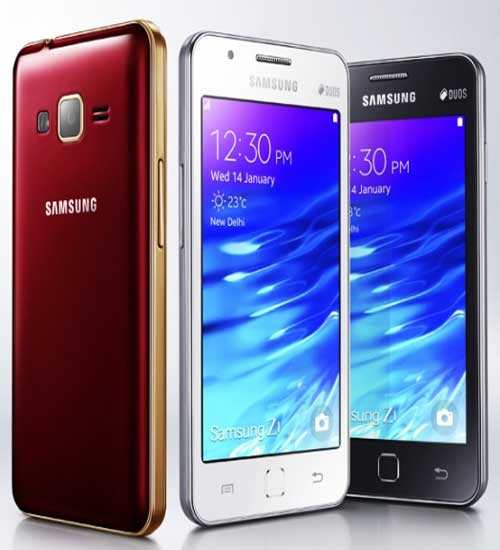 After numerous leaks, finally the phone running Tizen OS Samsung has officially launched. The first product is called Samsung Z1 Tizen which is low-cost smartphone, the device will start to conquer the Indian market before being distributed to other markets around the world.

Samsung Z1 Tizen Smartphone design and style is same as the current Samsung phones, bars and slightly rounded at the corners, there is a hard Home button at the front for menus with touchscreen two keys.

Configuration, Samsung Z1 Tizen equipped with 4-inch display supports a resolution of 800×480 pixels, 1.2 GHz dual-core processor, 768MB of RAM, 4GB of internal memory and memory card slots up to 64GB. It also sports a 3 megapixels rear main camera on the back and a VGA camera at the front. Talking about connectivity, Tizen Phones supports 3G network, Bluetooth 4.0, Wi-Fi 802.11 b / g / n and GPS. 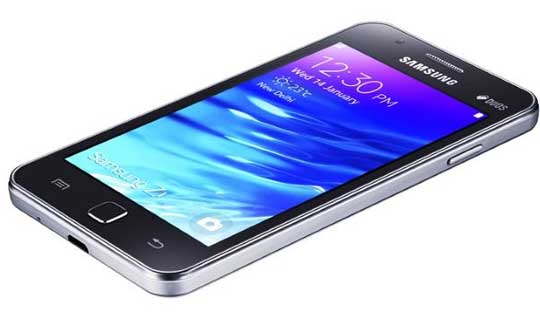 The main difference of Samsung Z1 compared to other products may only be Tizen OS, however it is still used by the application from Android and Tizen Apps. In addition, Samsung Tizen Phone also emphasizes entertainment features while allowing users to access digital entertainment Samsung Club warehouse with over 270,000 songs and 80 TV programs around the world.

He started this blog as a hobby to show his affection for gadgets, but over the time this hobby became professional. And now he is working as a full-time blogger, but in free time he loves watching movies and games. PayPal donation for TechToyReviews will be appreciated.
@https://twitter.com/Techtoynews
Previous Lenovo Tab 2 A7-10 with Quad-core MediaTek Chip Launched at Rs. 4,999
Next Microsoft Lumia 532 and Lumia 435 Launched with Single and Dual SIM variants