After the announcement of the Rode podcaster accessories such as the Rode NT-USB portable microphone and Rode Videomic NTG. Now the Australian company Rode Microphones has announced a system microphone Wireless GO White and Lavalier GO White, in completely white color. The company made this decision after it received a large number of reviews and suggestions from users.

Rode Microphones have also released a white version of the Lavalier Go remote microphone for working with the transmitter. Because, depending on the color of the clothes, it may not be easy to hide the black cable.

In addition to the new color scheme, the manufacturer also announced the release of two accessories to add even more versatility to the Wireless GO system: Interview GO and MagClip GO.

MagClip GO is a small two-piece mounting accessory for the Wireless GO. It is attached to the clothes, clamping it on two sides: on the one hand – a magnet, on the other – a clip. It can be used for discreet microphone placement.

Interview GO is a convenient adapter that turns the Wireless GO transmitter into a compact handheld microphone for recording audio to the camera or conducting interviews directly in the field. It features a sturdy Wireless GO clip mount that allows you to lock the microphone in place. There is also a fur windshield to protect against wind and suppress extraneous noise.

Recall that Rode has introduced the Wireless GO microphone system back in April 2019. The Rode Wireless GO kit includes a transmitter (TX) and a receiver (RX). The Wireless GO TX module can work as a standalone microphone, because it has a built-in omnidirectional condenser microphone or as a transmission unit for the more expensive Rode microphone connected to a 3.5 mm diameter TRS jack.

The size of the modules is only 44 x 45 x 18.5 mm and the weight is approximately 30 g each. Wireless connection is carried out using the proprietary Rode Series III Digital technology, which operates in the 2.4 GHz band. The communication range of direct visibility is 70 m.

Built-in batteries provide modules up to seven hours on a single charge. The Wireless GO Microphone System is called the smallest in the world and the most versatile of its kind.

Rode Wireless GO White is also priced at $199 and it can be purchased through the Bhphotovideo.com store.

Rode Lavalier GO White microphone cost $79 and it will also be available via Bhphotovideo.com store.

Rode Interview GO Handheld Mic Adapter for the Wireless GO system has been priced at $29 and is also available to buy over the Bhphotovideo.com store.

Rode MagClip GO Magnet Clip for the Wireless GO Transmitter will cost $19 only and it can also be available to buy via Bhphotovideo.com store.

Thanks for reading! If my article helped you, I would be happy if you visit Techtoyreviews again and follow it on Social media. This article contains partner "affiliate" links. Clicking on it will take you to the provider and if you make a purchase, Techtoyreviews will receive a small amount of support.
@Techtoynews
Previous Meyer-Optik Gorlitz launches Trioplan 100 mm f/2.8 II Lens: Price, Availability
Next CamFi Wireless Camera Controller now Supports Fuji X-T2, X-T3, X-H1, GFX 50R, GFX 50S, and GFX 100 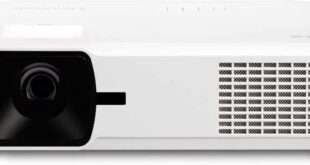