After so many rumors, finally the Phase One has officially introduced completely new medium format Phase One XF camera system include XF chassis, IQ3 digital backs and with a special accessory. 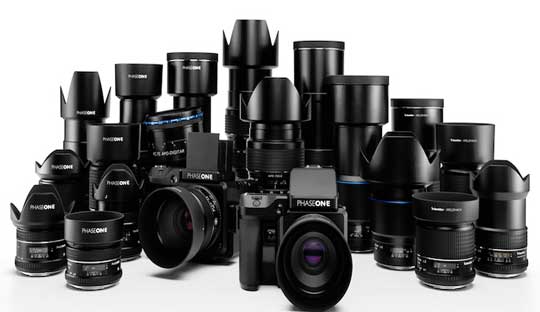 The Phase One XF camera system with a new square design and comes with two separate touch screen display. This is the camera control screen with new One Touch UI user friendly interface for better customization. The Phase One XF camera with new ‘Honeybee’ Autofocus system which was developed by Phase One. This new AF system also includes Next Generation HAP-1 chip with a new CMOS AF sensor for precise focus ability compared to the previous version.

Together with the XF camera system, Phase One also introduces the IQ3 digital backs imaging sensor with resolution options of 50, 60 and 80 megapixels. Design of IQ3 is very similar to the previous IQ2 with 3.2-inch LCD touch screen display. The IQ3 50 megapixel CMOS sensor version with wide dynamic range up to 14 f-stop while two more advanced 60MP and 80MP versions CCD sensor with dynamic range up to 13 f-stop. All three types of IQ3 digital backs can deliver extreme long exposures of up to 60 minutes. 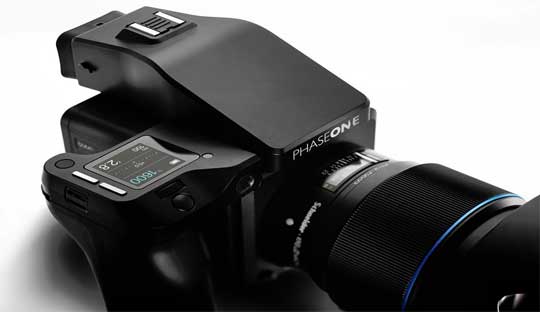 The Phase One XF camera system with Wi-Fi 802.11n connectivity and the ability to transfer data vert faster than the previous version. To ensure the system is working well, Phase One XF Camera system comes with 2 batteries, help you change batteries without interrupting work. The connector on IQ3 also ready for future upgrades, so users have not worried about new upgrade.

Additionally, Phase One also introduced a new accessory that is Prism viewfinder up to 90 degrees, turning into a camera XF viewed from the top down with nearly 100% frame coverage. This accessory also acts as a metering device supports autofocus HAP-1 system. 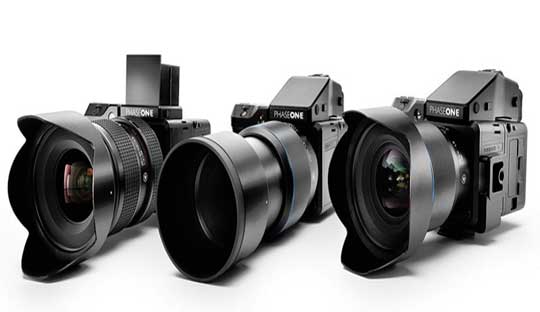 The Capture One Software also been updated to version 8.3 to support remote control for Phase One XF, increasing speeds of up to 30%. This application also supports 300+ different kind DSLR cameras, allowing you to read RAW images with better editing. The Capture One will be bundled free of charge to each Phase One XF Camera System while the retail price of this app is $252.

He started this blog as a hobby to show his affection for gadgets, but over the time this hobby became professional. And now he is working as a full-time blogger, but in free time he loves watching movies and games. PayPal donation for TechToyReviews will be appreciated.
@https://twitter.com/Techtoynews
Previous Leica will introduces new compact cameras on 6/11
Next Nikon D3200 Firmware update v1.04 to fix memory card issue