OnePlus One Silk White 16GB version launched in the India

After so much waiting, finally OnePlus One Silk White 16GB version launched in the India. The One Plus One Phone is sold at Rs. 21,999 via One Plus One Invite system. The phone will be sold exclusively through Amazon India with the 16GB version and only 20,000 units are available for costumers. 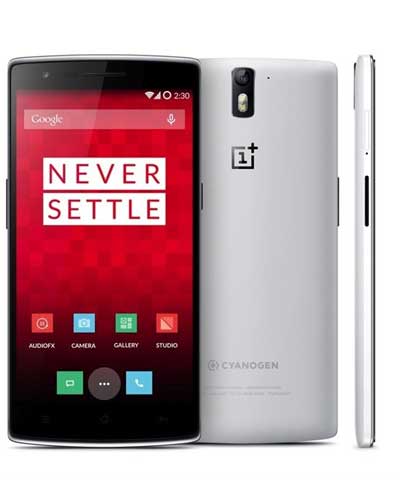 OnePlus One in India will not receive any updates from CyanogenMod as an exclusive agreement with Micromax. Thus, the company will offer a ROM based on Android 4.4 on the phone. OnePlus is building its service centers in India and will have 25 service centers across the country. India is the first market outside of China that OnePlus will be sold.

OnePlus One Silk White will run on a customized version of CyanogenMod 11s – based on Android 4.4 KitKat. The OnePlus development team working on the ROM and gives us a customizable interface with fast speed and simple design. In addition, the phone also supports custom themes and the new icons dedicated to this product.

Also check out 64GB OnePlus One Sandstone Black Price below:

He started this blog as a hobby to show his affection for gadgets, but over the time this hobby became professional. And now he is working as a full-time blogger, but in free time he loves watching movies and games. PayPal donation for TechToyReviews will be appreciated.
@https://twitter.com/Techtoynews
Previous LG Joy, Leon, Spirit and Megna: Four new Smartphone launched ahead of MWC 2015
Next Pebble SmartWatch is ready to launch their third generation SmartWatch