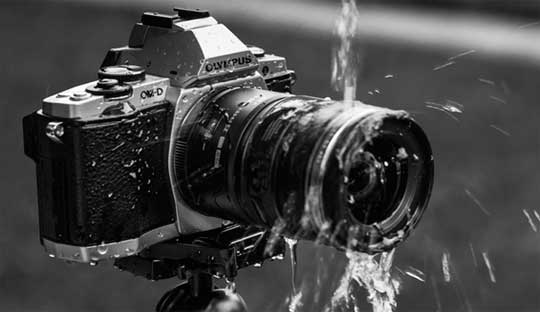 Olympus has officially launched the OM-D E-M5 Mark II mirroless camera in India to replace the Olympus E M5 Camera model first appeared two years ago. This camera uses the 16 megapixel Live MOS sensor, format m4 / 3 is the new design, TruePic VII image processor, the new autofocus system up to 81 points, touch screen flip screen of 3 inches and integrated with Wi-Fi connectivity. The most special thing of the Olympus OM-D E-M5 Mark II is in a regime of a 40 megapixel high-resolution photography where camera combines together eight images captured by shifting the lens by half a pixel step eight times.

To achieve this, Olympus has integrated the ability to move the sensor. On the other camera features are often used for the purpose of stabilisation, while the OM-D E-M5 Mark II, it still has more work to gather more details are inserted between the pixels in the original position.

More specifically, the camera’s sensor will shift the microscopic level to eight pictures taken separately, then combine them to produce a final product 40 megapixel. Of course, this mode does not always apply. Olympus said they designed it to be so used to shooting static subjects, while the camera should be mounted on a tripod in order to achieve optimum efficiency. 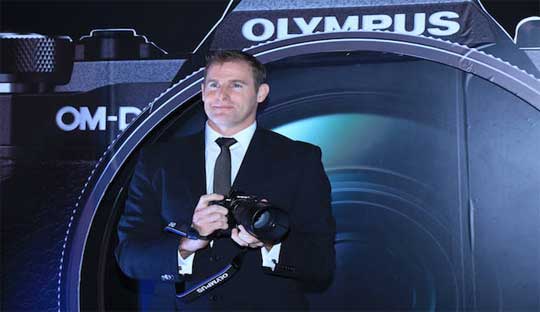 Also, one other highlight of Olympus OM-D E-M5 Mark II, which is capable of recording movies. The previous E-M5 model has been appreciated for many video capabilities, and now new Mark II model can shoot 1080p video with speed options of 24, 25, 30, 50 and 60fps, while maximum speed up to 77Mbps bit rate at 30fps. A 5-axis stabilization system continues to be maintained on Olympus OM D E M5 Mark II to smoother operation. It also has a microphone jack, headphone jack also must buy a new HLD-8G grip.

Some details of the Olympus OM-D E-M5 Mark II mirroless camera includes: can dustproof and waterproof – when used with a Olympus OM D E M5 Lenses, the highest ISO up to 25600, continuous shooting speed up to 9 frames per second – focus lock and battery about 470 shots. The Olympus OM-D E-M5 Mark II price in India Rs. 74,990 body only, will be available in online web stores and offline retailer shops with two black or silver option.

He started this blog as a hobby to show his affection for gadgets, but over the time this hobby became professional. And now he is working as a full-time blogger, but in free time he loves watching movies and games. PayPal donation for TechToyReviews will be appreciated.
@https://twitter.com/Techtoynews
Previous Sony officially unveiled the Xperia J1 Compact with 20.7MP camera in Japan
Next Garmin Vivosmart bracelet with OLED display Launched in India