Along with the iPad Pro 2022, Apple has fundamentally revised its entry-level iPad. The newest iPad 2022 tablet gets a brand new, clearly modern design and numerous exciting upgrades, but also a significantly higher price. Anyone who switches to the Apple new iPad 2022 will also potentially have to spend money on a somewhat strange dongle.

The iPad 10th gen gets a design that’s heavily reminiscent of the iPad Air (approx. $519 on Amazon), including flatter edges, thinner screen bezels, and rounded display corners. The home button is deleted without replacement, Touch ID moves to the lock button like on the iPad Air.

The display has grown to 10.9 inches, the resolution is 2,360 x 1,640 pixels, and the brightness is 500 nits, but the frame rate remains at 60 Hz. Unlike the iPad Air, the display is neither laminated nor has an anti-reflective coating. There is a USB-C port on the underside, which supports 4K monitors, but Apple does not provide any information about the speed of the port.

Curiously, the 10th-gen Apple iPad 2022 is still only compatible with the 1st-gen Apple Pencil, which has a Lightning connector, so customers will need to purchase an appropriate dongle to charge the stylus on their iPad. This is also one of the biggest differences to the iPad Air, alongside the Apple A14 Bionic, which gives the cheaper tablet 20 percent better CPU and 10 percent faster GPU performance compared to its predecessor, and AI workflows are said to be even 80 percent faster to be calculated.

The 12-megapixel ultra-wide-angle front camera is now on the long side of the iPad so that it is centered during video chats in landscape format. With Center Stage, the user should always be kept in the picture. Apple installs stereo speakers, Wi-Fi 6, and a 12 MP f/1.8 main camera, and the battery lasts ten hours, just like the previous model.

The tenth generation of Apple’s newest iPad 2022 can be pre-ordered from Amazon.com and Bestbuy.com websites with delivery starting on October 26th. The basic model with 64 GB of memory costs $449, a surcharge of $200 is estimated for 256 GB of memory, and a 5G modem costs an additional $200.

Thanks for reading! If my article helped you, I would be happy if you visit Techtoyreviews again and follow it on Social media. This article contains partner "affiliate" links. Clicking on it will take you to the provider and if you make a purchase, Techtoyreviews will receive a small amount of support.
@Techtoynews
Previous Apple unveils the next-generation iPad Pro with Apple M2, Wi-Fi 6E, and upgraded Pencil
Next New Apple TV 4K starts with A15 Bionic, Thread, more memory, and USB-C at a lower price 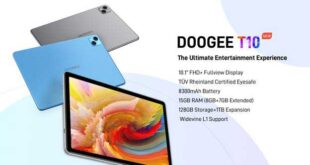 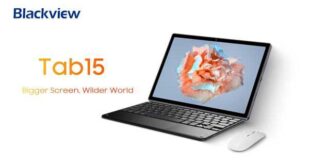