Motorola Droid Turbo available for pre-order only at Rs. 41,999 in India 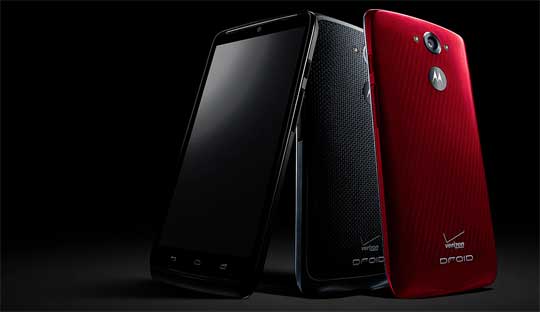 It should be understood that the Motorola Droid Turbo developed specifically for Verizon networks, but now the unlocked variants of the devices listed on the Flipkart, which will take place at the end of the March for users.

Motorola Droid Turbo equipped the display with a 5.2-inch and AMOLED-panel with a Quad HD resolution of 2560 x 1440 pixels. The pixel density of 565 ppi, which means unsurpassed clarity and sharpness of the image. The screen is protected by Corning Gorilla Glass 3 and waterproofing nano-coating provide protection against accidental falling into the water. 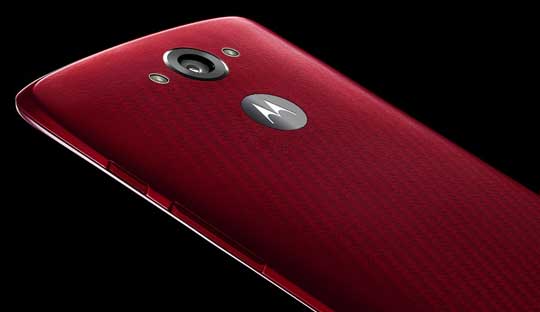 The smartphone is features 2.7GHz quad-core processor, Qualcomm APQ8084 Snapdragon 805 chip, 600-MHz Adreno 420 video graphics and 3 GB of RAM LPDDR3. The volume of the built-in flash drive is only 64 GB version for India.

The phone with a 21-megapixel rear camera with a wide aperture F / 2.0, dual LED flash and a 4K video recording at 24 frames / s and the front has a 2-megapixel camera with Full HD- video recording capabilities. In general, there are many capture modes: all the usual type of HDR-capture time-lapse photography, auto HDR, tap to focus, slow motion video, Panorama and burst mode.

For Connectivity the Motorola Droid Turbo included a high level of 4G LTE Cat.4, 3G HSPA +, GPS, A-GPS, GLONASS, NFC, Wi-Fi 802.11a / b / g / n / ac, DLNA, Bluetooth 4.0 and infrared transceiver. The battery also has a huge capacity up to 3900 mAh, promising battery life up to two days and Turbo phone charger with turbo-charge technology, a 15 minute charge provides a 8 hours of usability.

He started this blog as a hobby to show his affection for gadgets, but over the time this hobby became professional. And now he is working as a full-time blogger, but in free time he loves watching movies and games. PayPal donation for TechToyReviews will be appreciated.
@https://twitter.com/Techtoynews
Previous Lava Iris X1 Beats with Android 4.4 OS, 5-inch display Launched at Rs. 6,369
Next Galaxy Tab 3 Lite WiFi: 7-inch mid-range tablet unveiled at $ 126