Microsoft has not introduced a new flagship called the Lumia 940, rumors of a new Microsoft Lumia Flagship increasingly appear on the network. So, today, an anonymous source close to the company said that the Lumia 940 can get the iris scanner. 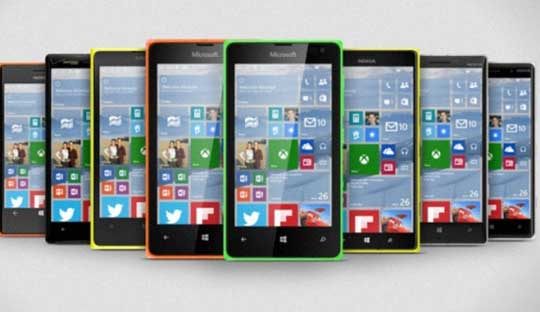 Accordingly, the Lumia 940 will be equipped with two interesting features are iris scanner and docking supports. This new form of biometric security, which is still not found in the mass market. The iris scanner technology can be seen as a secure method of biometric security alternative to the fingerprint sensor that many mobile operators are using now. The device will come with an infrared camera to increase recognition of the unique human iris, so users can also use this feature even in low-light conditions. However, the iris scanner technology is may not be suitable for people who use colored contact lenses.

According to the other information Microsoft Lumia 940 can get a docking station, it allows you to use your smartphone as a computer and connect it to the keyboard and mouse, displaying images on a separate screen – similar to the Motorola Atrix launched earlier. Thus, the Microsoft new flagship may be the first Windows Phone smartphone, which will receive an iris scanner and docking stations support.

Updated Lumia 940 specifications, according to some sources, it is a powerful device based on Snapdragon 805 or 810 28nm Soc, a 20 or 30-megapixel camera with three LED flash. Of course, the phone runs on Windows 10, Microsoft has promised earlier.

He started this blog as a hobby to show his affection for gadgets, but over the time this hobby became professional. And now he is working as a full-time blogger, but in free time he loves watching movies and games. PayPal donation for TechToyReviews will be appreciated.
@https://twitter.com/Techtoynews
Previous Ployer MOMO7W Windows 8.1 Tablet Priced $ 48
Next Galaxy E5 Quick Review, Specs and Price