Mozilla and KDDI have collaborated to create a very unique product that is called LG Fx0 manufactured completely transparent body case and cover. 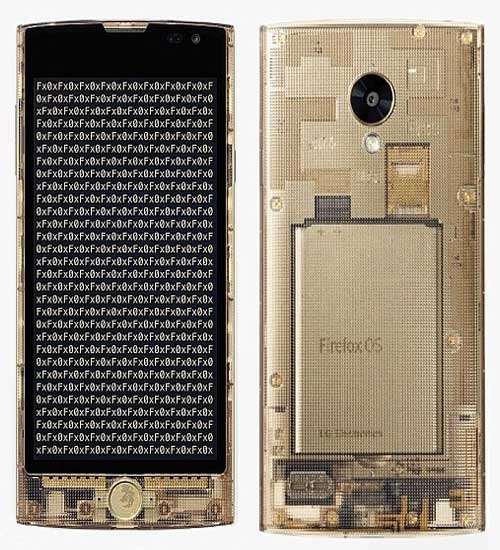 Recently, KDDI and Mozilla have combined to sell a smartphone with a unique design and is extremely amazing LG production. Specifically, LG Fx0 will be running Firefox OS developed by Mozilla. In addition to separate the operating system, the Firefox OS Devices also owns a very impressive design with the transparent shell that allows users to see all the inside components.

Here is the LG Fx0 Hands on Video Preview:

In terms of configuration, this LG Fx0 smartphone possesses a 4.7 inch display with a resolution of 1280×720 pixels. Equipped with Snapdragon 400 chip, 1.2GHz quad-core processor, 1.5 GB of RAM, 16 GB of internal memory, also expandable via MicroSD card up to 64 GB. the rear camera of the phone is 8 megapixels and front has 2 megapixels camera. It has 2370 mAh battery capacity and the LG Fx0 phone is priced at 50,000 yen – approximately $ 420.

LG Fx0 is currently the most advanced smartphones using Firefox OS operating system. It is a really different than other phones running Firefox operating system, this phone also focuses on the mid-range market segment. This phone will support 4G LTE connectivity with NFC, however, air is circulated only in the Japanese domestic market.

He started this blog as a hobby to show his affection for gadgets, but over the time this hobby became professional. And now he is working as a full-time blogger, but in free time he loves watching movies and games. PayPal donation for TechToyReviews will be appreciated.
@https://twitter.com/Techtoynews
Previous Lava Iris 310 Style Launched only Rs. 3,049
Next HTC Desire 620G with Octa core Processor and Dual SIM: Quick Review