The operator KDDI of Japan has announced the first smartphone called Fx0 to run on the Firefox OS in Japan manufactured by LG.

Yesterday 23-12, LG in Japan combined with KDDI launched its first smartphone running Firefox OS in this country. And this is a very unique device with a transparent cover case, the device is called LG Fx0 and running Firefox Operating System.

According to the Mozilla Corporation, the company will try to make LG Fx0 very quickly popular in the smartphone market, despite the fact that Android is very prevailed. To compensate, LG Fx0 has a very unique design that is with the transparent cover and a Home button with the Firefox logo. This means that symbolizes openness and transparency of the operating system Firefox OS.

The phone has a rather odd name by LG produced and designed by Tokujin Yoshioka designers. LG Fx0 Phone brings a very unique design with transparent cover and a decorated with the Firefox logo. As you can see from the pictures below, LG Fx0 phone allows you to see all the inside hardware without having to remove the cover as other smartphones on the market.

LG Fx0 is a really different than other smartphones running Firefox OS. As far as this device focuses on the mid-range smartphone segment. But with Fx0, the device not only cared about design, but also equipped with advanced technology available today. That is why this is the most expensive Firefox OS phone ever. 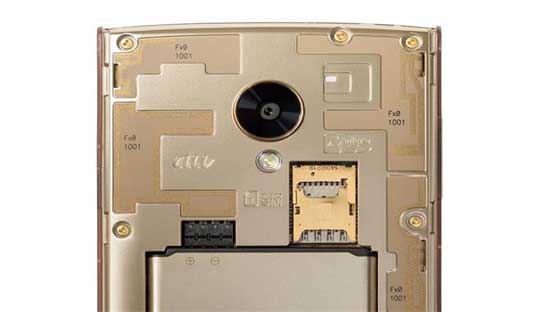 The LG Fx0 have a similar design to the LG G3, but owns the smaller touch screen. The phone equipped with 4.7-inch display with an IPS panel, wide viewing angle, a resolution of 720×1280 pixels and pixel density of 312 ppi. It is Supports Qualcomm Snapdragon 400 chip with 1.2GHz quad-core processor, 1.5GB of RAM and 16 GB of storage space, but can be expanded through microSD card up to 64 GB. 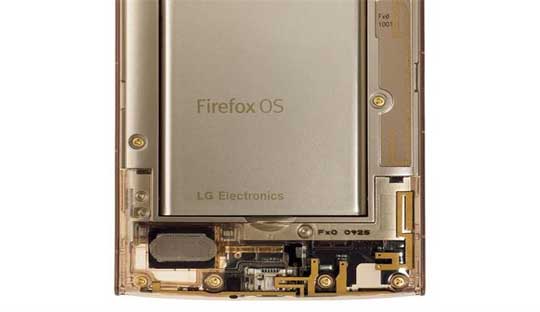 The rear of the device integrated 8 megapixels rear camera with LED flash and a 2.1 megapixels front camera. It has a 2.370 mAh battery capacity, and it runs Firefox OS 2.0. Its dimensions of 139x70x10.5mm and weighs around 148 grams.

It is an unprecedented element on Firefox OS phones, LG Fx0 will support 4G LTE connectivity and NFC. It is exclusively offered by the KDDI operator, limited number of devices will be available from 25-12 and this phone will be widely available on the Japanese market for next 6-1, cost only $ 414.

He started this blog as a hobby to show his affection for gadgets, but over the time this hobby became professional. And now he is working as a full-time blogger, but in free time he loves watching movies and games. PayPal donation for TechToyReviews will be appreciated.
@https://twitter.com/Techtoynews
Previous Jivi JSP Q56 Quad-Core Android Smartphone only in Rs. 4,399
Next Headphones: The perfect Gift for this Christmas and New Year