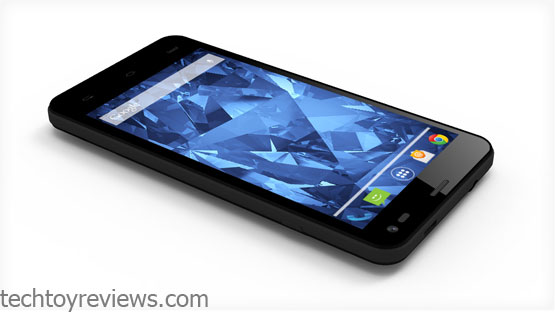 Lava Iris 460 design is same like Samsung, which has the leather back cover design with stitch lines looking very classy. Some other basic features of this smartphone like 4.5 inch display. Lava has always presented the value for money smartphones, this stylish phone is also in a budget price segment with decent specs and offers. This Lava Latest Mobile is specially designed for Indian customers, so Its come with inbuilt languages more than 11.

The Lava Iris is a dual SIM smartphone, based on the Android 4.4.2 KitKat. A 1.3GHz dual-core processor with 1GB of RAM, it has 4.5-inch display with a pixel density of 217ppi. The display also featured an IPS panel as well. It has a rear camera of 5-megapixel with LED flash and front camera of 0.3-megapixel.

The Smartphone also supports microSD card up to 32GB, it has inbuilt internal memory of 4GB. Lava Iris 460 comes in two black and gray color, with dimensions of 130x65x8.7mm. Lava Iris also has a familiar design with new features. The Iris 460 display giving wide viewing angles. It has full connectivity supports of 3G, Wi-Fi, Bluetooth, GPRS, EDGE and a micro-USB. It has a 1650 mAh battery capacity, which is provide us to talk time of 3 hours in on 3G mode and standby time of 250 hours. Acording this specification this smartphone is much better then its older like Lava Iris Pro 30, Lava Iris 455 and Lava Iris X1.

He started this blog as a hobby to show his affection for gadgets, but over the time this hobby became professional. And now he is working as a full-time blogger, but in free time he loves watching movies and games. PayPal donation for TechToyReviews will be appreciated.
@https://twitter.com/Techtoynews
Previous EeeBook X205 – new low cost Asus Laptop IFA 2014
Next Lumia 830 smartphone with PureView camera launched at IFA 2014