Lava company once again announced a new mid-range Smartphone called Lava Icon and available for the purchase for Rs. 11,990, at online web-store with very attractive offers. 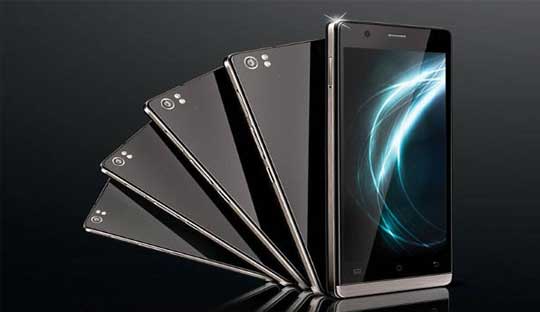 The Lava Icon is a Dual SIM smartphone with very good specification. The smartphone features a 5 inch HD IPS display, a resolution of 720×1280 pixels and protected by Asahi Dragon Trail glass. The smartphone comes with a 1.3GHz quad-core processor, ARM Mali400 MP2 GPU and the amount of RAM is 2 GB.

The Lava Icon has a 16 GB of internal storage, which can be expanded via a MicroSD card slot up to 32GB. The rear camera of the phone has a 13-megapixel with Sony EXMOR BSI-II sensor, aperture f / 2.0 and a dual LED flash; and front facing camera also has a same sensor, but 5-megapixel resolution and aperture f / 2.4.

Mr. Navin Chawla, Vice President of Lava International, said at the event of the launch, “In line with our constant endeavor to offer products with great value to the consumers, we are delighted to announce the launch of our new premium smartphone – Icon. This is a beautifully designed product with a high quality camera featuring Sony Exmor sensor and other in built features. This marks the beginning a new segment for Lava smartphones wherein we will be coming up with a new range of experience driven devices.”

He started this blog as a hobby to show his affection for gadgets, but over the time this hobby became professional. And now he is working as a full-time blogger, but in free time he loves watching movies and games. PayPal donation for TechToyReviews will be appreciated.
@https://twitter.com/Techtoynews
Previous Pipo W4S: Tablet with Dual Boot Windows 8.1 and Android 4.4 OS
Next Intex Aqua Speed HD with 4.7 inch Display and 2GB RAM Launched