New Apple iOS 9 and OS X 10.11 that the company is about to introduce at the WWDC conference takes place next month will focus very much on improving quality. 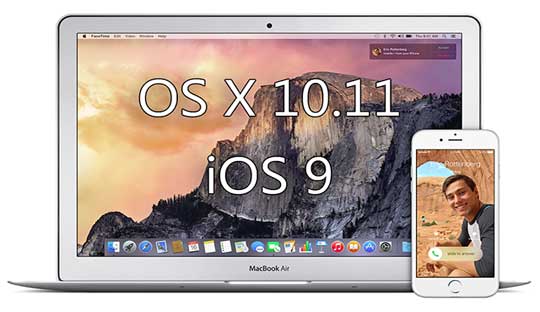 The Sources added that the company’s engineers want to target high stability as the previous OS X Snow Leopard. But that’s not meant that the these two operating systems will not have new features, both systems have some new points as new San Francisco font, split-screen multitasking to the iPad, the Control Center for OS X. Confidentiality the platform has been enhanced, including the initiative “Rootless” help protect from malware but jailbreak iOS now more difficult. Finally, iOS and OS X will work well on older devices thanks to numerous optimization moves from the core of the system.

Apple is reportedly working hard to enhance safety for both OS X and iOS, including the initiative “Rootless”. In addition, it will also restructure the Apple application to encrypt files on iCloud Drive and a new feature called “Trusted Wi-Fi.”

Rootless: This is a function located in the kernel of OS X 10.11 and iOS 9. It is designed to combat malware, security of sensitive data and even deny access to certain admin files are protected on Apple devices. The source added that the Rootless makes become jailbreak iOS much more difficult, while on OS X will have the option to disable it.

iCloud Drive: Default applications like Notes, Reminders, Calender infrastructure will switch to iCloud Drive to synchronize data instead of traditional IMAP protocol (used to sync with Gmail, Yahoo or Exchange) since it more fast and better security. This is also a way for Apple pull customers towards themselves.

Trusted Wi-Fi: This feature allows the Mac and iOS device access to trusted Wi-Fi networks without the need to enter a password at all, even with the strange, the Wi-Fi network will be encrypted strong connection. Trusted Wi-Fi feature will be moved to the next year.

iOS 9 will run on both the Apple A5 chip devices, so that mean iOS 9 compatible devices such as the iPad mini or iPhone 5s thanks to the restructuring of the system.

Instead of developing a feature-complete version of iOS 9 for older hardware and then removing a handful of features that do not perform well during testing, Apple is now building a core version of iOS 9 that runs efficiently on older A5 devices, then enabling each properly performing feature one-by-one. Thanks to this new approach, an entire generation (or two) of iPhones, iPads, and iPod touches will be iOS 9-compatible rather than reaching the end of the iOS line.

Besides re-organizing its development process to improve older iOS hardware, Apple is preparing a major upgrade to its Swift programming language.

In later years, Apple will also change their applications to write by Swift.

He started this blog as a hobby to show his affection for gadgets, but over the time this hobby became professional. And now he is working as a full-time blogger, but in free time he loves watching movies and games. PayPal donation for TechToyReviews will be appreciated.
@https://twitter.com/Techtoynews
Previous Samsung Galaxy J7 and Galaxy J5 Specs
Next Gionee Elife E8 new Image with 23MP camera and dual LED flash