These days the Smartphone market in India has been growing at fastest speed. Most of the smartphone company has started implementing the new project at other countries to give the benefits of latest smartphone devices for the mid – range segment. Intex mobile, which is one of the leading smartphone manufacture of India, launched new mobile phone called Intex Aqua Amaze in under just 10,000 Rupees. 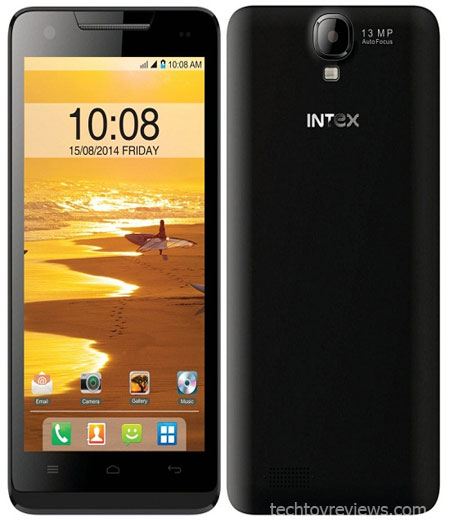 The Intex Aqua Amaze comes with 5-inch HD screen with a resolution of 1280×720 pixels, the phone also runs on Android 4.4 KitKat operating system, 13 mega-pixel rear camera with autofocus, flash and front camera of 5 mega-pixel for click amazing selfie pictures. Specifications similar to Aqua Star HD, but instead of dual-core, the Amaze running of 1.4GHz octa-core processor. 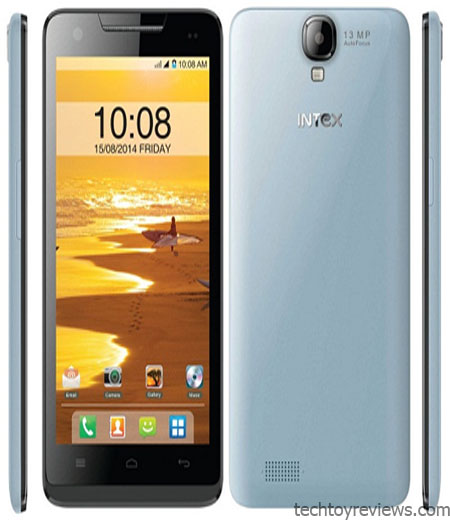 Other details of the Intex Aqua Amaze phone include 1GB of RAM, 8GB of internal memory can be expanded via a MicroSD card slot up to 32GB, 7.6 mm thick phone, battery capacity of 2,000mAh which is last up to 7 to 8 hours or standby time up to 240 hours and support Dual SIM slot. In term of connectivity Intex Aqua Amaze enables GPRS, 3G, Wi-Fi, GPS, A-GPS and Bluetooth.

The Intex Aqua Amaze available in three colors like aqua blue, black, white, you can buy this phone at online and offline store for only Rupees 10,200. This Intex Aqua Mobile has such a good configuration, which is rare in this price segment.

He started this blog as a hobby to show his affection for gadgets, but over the time this hobby became professional. And now he is working as a full-time blogger, but in free time he loves watching movies and games. PayPal donation for TechToyReviews will be appreciated.
@https://twitter.com/Techtoynews
Previous Panasonic VIERA TV – 32inch HD IPS LED TV
Next Dell Alienware launches 17 and 18 with 4.4GHz Processor