HTC One ME with Helio X10 SoC and 3GB RAM Launched

HTC has launched a new smartphone in China called HTC One ME, ((as previously leaked HTC One ME9) with optional colors such as gray, brown, red and golden, but clearly not to issue in other markets.

In the first half of 2015, HTC has continually launched their high-end products and until this moment, the company has yet to stop. The manufacturer recently unveiled a new smartphone called HTC One ME with 5.2 inch display and powered by Helio X10 processors.

The HTC One ME is not coming with a high-end monolithic aluminum case, it has a polycarbonate plastic material body. The highlight of the device is an integrated 64-bit MediaTek Helio X10 chip, with a 2.2 GHz Octa-core Processor.

The HTC One ME also has a 3GB of RAM, 32GB of internal memory which can be expanded via MicroSD card slot (unspecified capacity) and 5.2 inch QHD screen with a resolution of 2560 x 1440 pixels.

The HTC One ME features a 20-megapixel rear camera with dual flash which is also capable to record 4K videos, while front has a 4-megapixel camera with UltraPixel technology to optimize selfie photography. The device is running the Android 5.0 Lollipop operating system with HTC Sense interface. 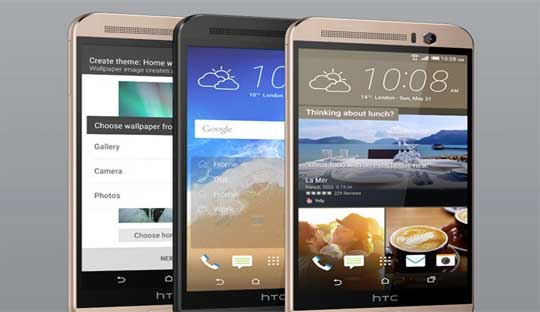 Like many recent smartphones from HTC, the HTC One ME also integrated BoomSound Dolby Surround speaker. Additionally, it is a Dual SIM smartphone with 4G LTE connectivity, Bluetooth 4.1, Wi-Fi/ac dual band, NFC, MicroUSB 2.0 and 2840 mAh battery capacity. Check out HTC One Me Specs below.

The HTC One ME price has not been disclosed.

HTC One ME Specifications:

He started this blog as a hobby to show his affection for gadgets, but over the time this hobby became professional. And now he is working as a full-time blogger, but in free time he loves watching movies and games. PayPal donation for TechToyReviews will be appreciated.
@https://twitter.com/Techtoynews
Previous Galaxy S6 Active accidentally revealed by Samsung
Next Gigabyte refreshed Aorus gaming laptops with Dual GPU and NVIDIA G-Sync technology