Not to be outdone the competition, HP also introduced at the IFA 2014 two new hybrid Chromebook HP Laptop with different screen sizes 11 and 14 inches. Both Upcoming Chromebooks 2014 are sold with a trendy color and style. The 11 inch has Intel Celeron chip and 14 has K1 NVIDIA Tegra chip. This is the very powerful chip from NVIDIA for powerful computing capability for both the CPU and GPU. Prices of the two hybrid Chromebook laptops in turn are 279.99 and $ 299.99. 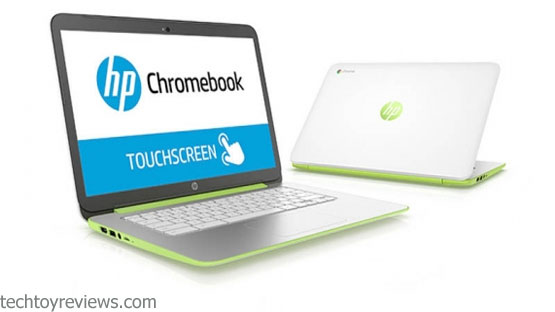 First HP ENVY x2 tablet, but can switch to laptop if fitted with detachable keyboard. It is quite interesting in the design of the removable keyboard ENVY x2 which itself acts as a protective cover for the screen when folded. The keyboard can also be connected to the tablet via wireless Bluetooth connection, which enables users to use the pair in any given situation.

HP Envy Laptop x2 13-inch screen version will come with 256GB SSD drive is a 15.5-inch screen will have 500GB hybrid hard drive. Both hybrid Chromebook Laptops are integrated Beats Audio technology so the quality reputation will certainly satisfy most users up and running on the Intel Core processor.

As announced, the 13.3-inch device Envy x2 will be available on 29/10 to the price of 1050 USD, while a 15.6 inch version will be released later on 5/11 and the starting price given point is $950. The next product that’s HP introduced the Pavilion notebook hybrid x2. It’s powered by an Intel Atom processor and only a 10-inch version of the built-groove connection ability detachable from the keyboard. The HP Laptop will be installed Windows 8, but will not have the Beats audio technology that the two front speakers with DTS sound. According to HP, the Pavilion x2 battery can last up to 11.75 hours per charge.

The two HP 2014 Chromebooks have the screen resolution is 1366×768, Chrome operating system, 16 GB memory and 100 GB of Google Drive. The 14 inch screen HP Envy Laptop with 32 GB SSD, the weighs only 1.2 to 1.7 kg. The connectivity is also fully supported, including Wi-Fi 3G / 4G, Bluetooth, 2/4 GB RAM and HP Envy Battery life is 8 hours. HP Pavilion x2 10.5 mm thick and weighs 544 grams but 770 grams increased when attached to the keyboard. It also has a USB port, a micro HDMI port, microSD card slot and headphone jack.

Expected hybrid Chromebook 11 and 14 will be sold in the U.S starting on 5/10 and 14/10 respectively with price 280 USD for two versions with 4 color options are green, blue, silver and orange.

He started this blog as a hobby to show his affection for gadgets, but over the time this hobby became professional. And now he is working as a full-time blogger, but in free time he loves watching movies and games. PayPal donation for TechToyReviews will be appreciated.
@https://twitter.com/Techtoynews
Previous Panasonic introduced the 4K TV AX900 at IFA 2014
Next Galaxy A3 and Galaxy A5 Specs announced by Samsung