Honor View20 with free Honor Sport BT earphones worth Rs. 2999 has been listed on Amazon.in website. Honor has confirmed that the device will be launched in India on 29th January 2019 exclusively on Amazon India. And now the Amazon has announced that the Honor View20 pre-orders will begin on January 15th and consumer will get a free Honor Sport BT earphones.

The Honor has confirmed that the View20 will be available in 6GB RAM with 128GB storage and 8GB RAM with 256GB storage variants. To get the Honor View20 with free Honor Sport BT earphones, you need to get an Rs. 1000 Honor View20 Gift Card that can be redeemed when you buy the phone on January 30th. You will get the Honor Sport BT coupon by February 15th that can be redeemed on Amazon.

On the camera front, the View20 bears a 48-megapixel rear camera with Sony IMX586 1/2-type (8.0 mm diagonal) sensor, uses 4-in-1 light fusion that outputs better low-light images at a 12MP resolution and 4-times improved HDR support. It also has a TOF 3D secondary rear camera that lets you play games using 3D gesture recognition by capturing body movements. For selfie, there is a 25-megapixel front-facing camera with f/2.0 aperture. 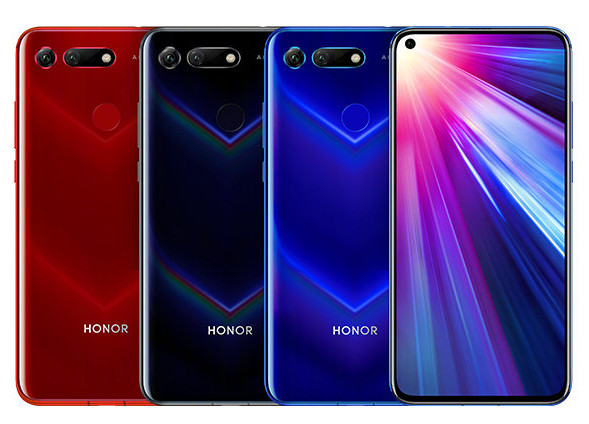 The Honor View20 also features a Link Turbo automatically analyze users’ usage models and network conditions to switch seamlessly between Wi-Fi or 4G networks and boost downloading speed by simultaneously adopting both networks. There is a fingerprint sensor on the back side which has a V-shaped textured glass design on the metal body.

He started this blog as a hobby to show his affection for gadgets, but over the time this hobby became professional. And now he is working as a full-time blogger, but in free time he loves watching movies and games. PayPal donation for TechToyReviews will be appreciated.
@ankit4554
Previous JBL Endurance Peak, True Wireless Flash, Tune120TWS, and Reflect Flow Earbuds Launched at CES 2019
Next Audioengine 512 Portable Speaker With Bluetooth 5 Introduced at CES 2019