Google has announced a new generation of tablet in 2014, called Nexus 9. Accordingly, this tablet will be produced by HTC.

The design of the Nexus 9 looks very stylish, when the border is made of metal and plastic coated back cover, which is scratch proof. Google also announced the optional keyboard for the Nexus 9 with designs from binding to the back of the Nexus 9 to increase typing experience. It weighs about 436 grams, 7.95 mm thin and use the battery with a capacity of 6700 mAh. 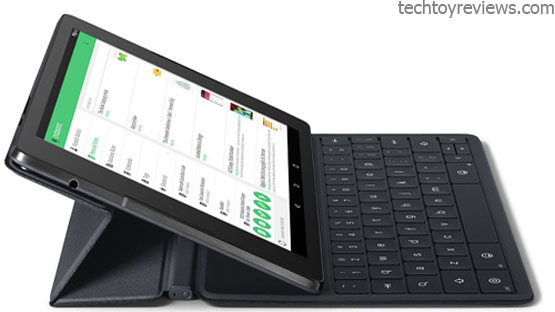 Nexus 9 also has a removable Bluetooth keyboard and flip cover protect to tablet, also use as a stand to watch movies or photos and folded when not in use.

Nexus 9 will be built with Google’s latest Lollipop Android 5.0, with colors including such as black, white and sand golden.

Google is also including the Nexus 6, which is running Android 5.0 Lollipop without the need for a special event.

At the back, the Nexus 6 has a 13 megapixel camera with aperture f/2.0, integrated dual LED flash, while the front has two stereo speakers and a 2 megapixel camera. The battery of 3220 mAh capacity with non-removable design, supports Turbo Charging technology, which is charged the Nexus 6 in just 15 minutes, which is last up to 6 hours.

He started this blog as a hobby to show his affection for gadgets, but over the time this hobby became professional. And now he is working as a full-time blogger, but in free time he loves watching movies and games. PayPal donation for TechToyReviews will be appreciated.
@https://twitter.com/Techtoynews
Previous 55 inch Samsung LED TV – UA55HU8500
Next Google Nexus 6 Quick Review and Comparison